Here’s a little secret: I haven’t always wanted kids. Even in high school when I was busy scribbling hearts around my boyfriend’s name and dreaming of his last name behind my first name, I don’t recall wanting to have children. My daydream then consisted solely of marriage and a good career, and that dream remained steadfast for many years. In college, I started to scoff at the idea of procreating and when I was in my mid-and-late-twenties, I had pretty much decided kids weren’t for me. And Nick was on the same page. We were going to focus on degrees and careers and our house and our dogs and all the other goals we had stashed up our sleeves. Besides, who has time for kids? They’re dream killers, and they’re so. needy, and you have to wipe their butts for them. Gross!

I turned 30 and realized that I had watched some of my family members and best friends bring these amazing little people into the world and things slowly started to change. First, my brother and his wife had my nephew and he was the coolest thing since sliced bread. Then my colleague-turned-friend had twins. Two of the most freakin’ adorable little babies I’d ever seen. TWO OF THEM! And a few years ago, my best friend had a baby girl and my sister-in-law had my second nephew and both of their little baby heads smelled so good and wouldn’t it be cool if I could have a little being that I could teach to be a good person? and maybe they would be just like me… and OMG, what are these feelings? 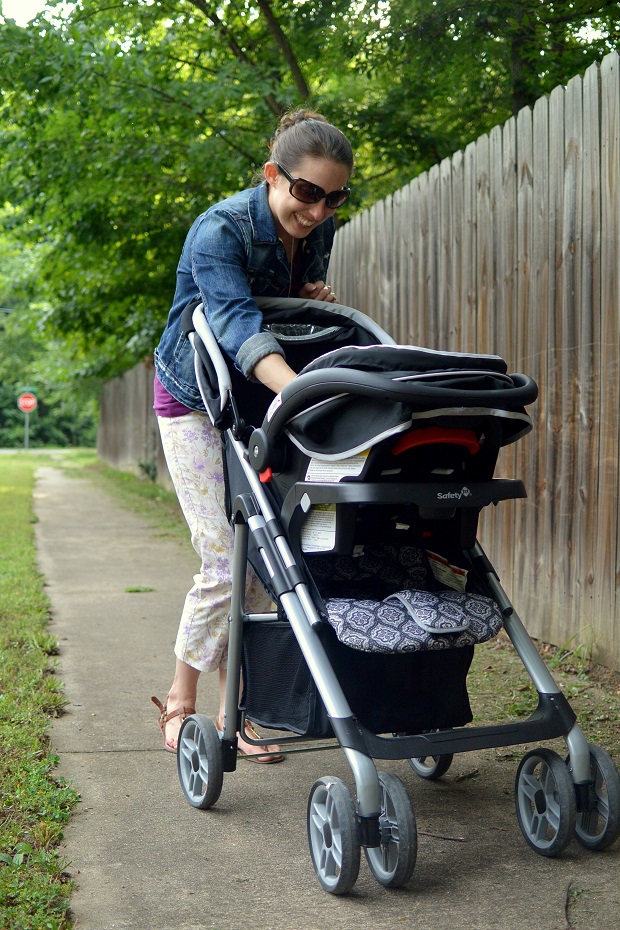 I thought about it for a while. I read articles online. I talked to friends about why they decided to have kids. I did everything I could think of to determine if I really did want a kid. Finally I realized that yes, I did in fact want to have a kid. I wanted a part of me out in the world, upholding our values and being a good person. I put the feelers out to Nick to see what he thought. After all, we had been on the same no-kids page for so long that I was afraid he wouldn’t be up for the idea. After almost a year of discussion and thinking about it, and more research (because that’s what we do), we decided we both wanted a kid and we were going to go for it! 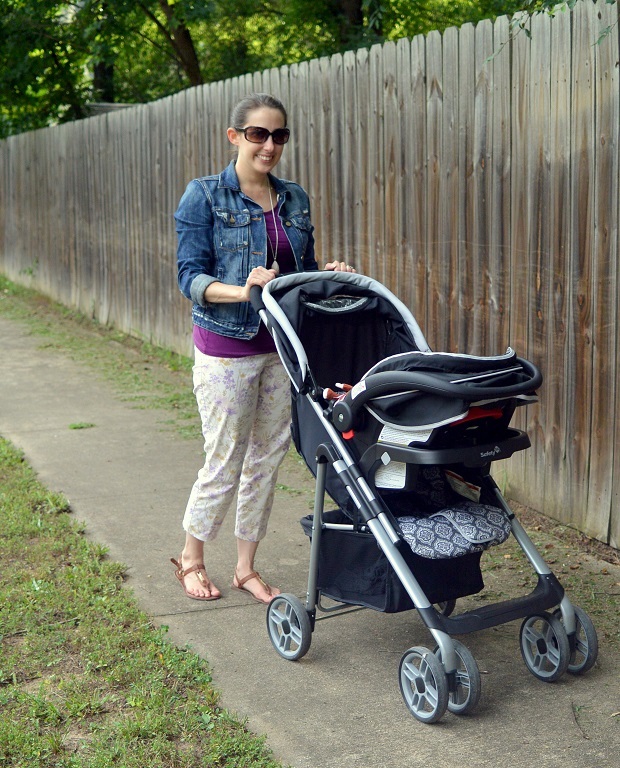 Sebastian is only 3 (almost 4) months old so I’m still getting used to the fact that I really truly am a mom now, but so far, I love it. Despite some pregnancy-related health scares and the sleep deprivation (which hasn’t been nearly as bad as I anticipated), I wouldn’t trade this life for anything else in the world. I love my little monkey more than I ever thought was possible to love a little being. Seb actually is the coolest kid in the world (that’s a scientific fact, btw ;-)). He’s adorable, he sleeps well, he has a happy disposition, and did I mention that he’s adorable? I love watching him grow and learn and I can’t wait to see the person he’s going to be. I told Nick the other day that if I knew I could have Sebastian back when I was in my twenties, I wouldn’t have waited so long. But only if it were specifically Sebastian; no other baby would do. The only thing I miss about my old life is being able to go to the movie theater whenever we want to… except, when you really think about it, waiting a few months to watch a movie in the comfort of your pajamas at home is totally worth any sacrifice. 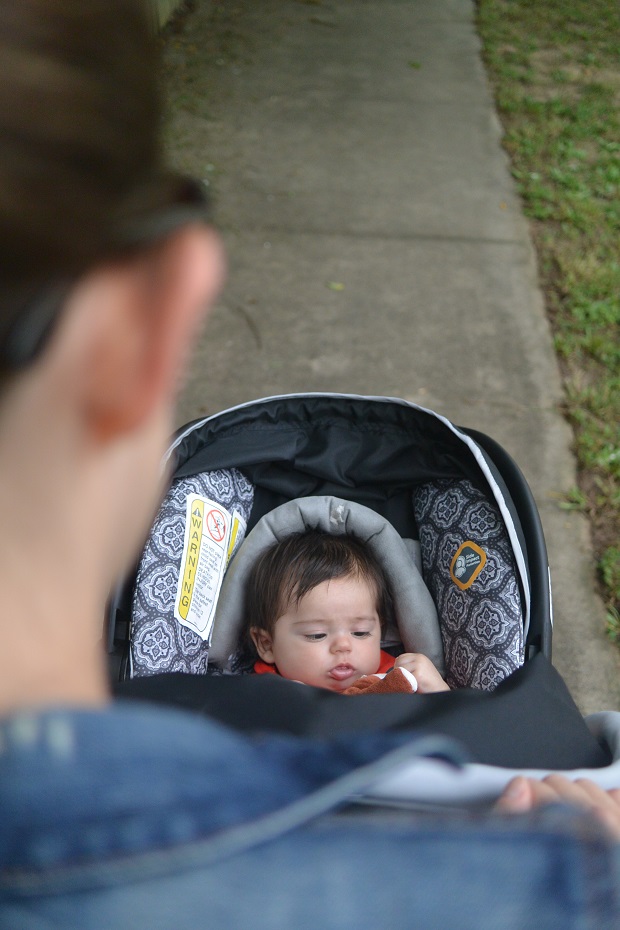 Priorities change, hopes and dreams change, life changes, and that’s all okay! I’m not saying that everyone will change their mind on parenthood but I am saying that I changed mine and I couldn’t be more happy about it! 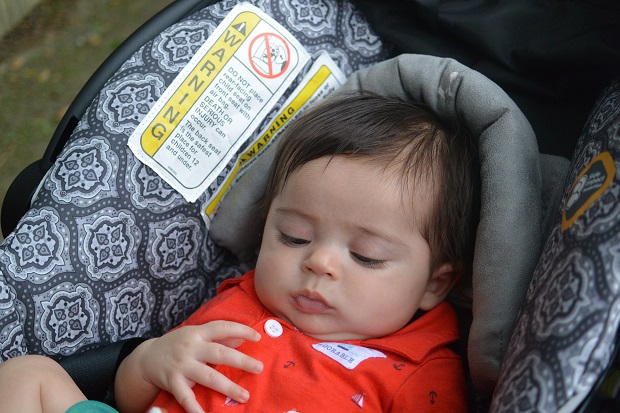 Now, let’s talk about this outfit!

I like to think of this as my “mom” outfit, with the typical capris and denim jacket, but the truth is I was wearing this outfit long before I become a mother. I even wore it while I was pregnant with the help of my trusty belly band. Purple and green are my favorite colors so how could I resist these pants? Also, this is another one of those outfits that feel quintessentially me because it’s cute and comfortable. And I wear this outfit everywhere: to work, to run errands, out to lunch or dinner, etc., etc. It really is great. 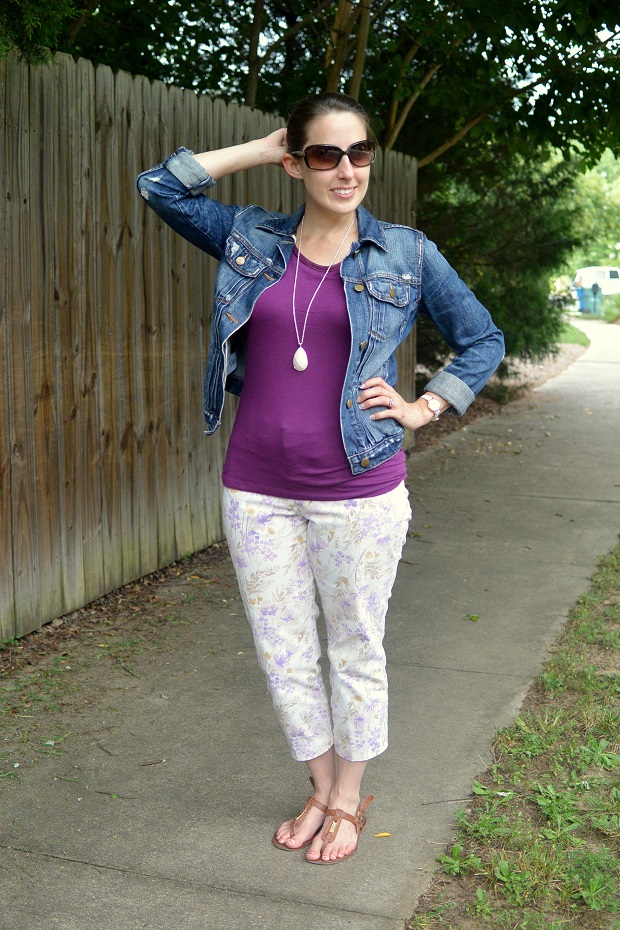 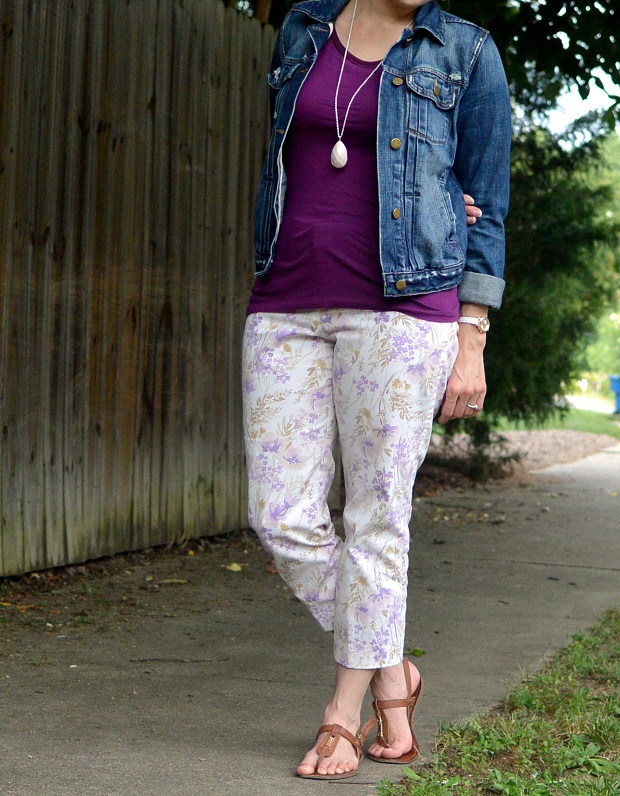 Here’s the fun, “sassy mom” one. I imagine the day will come when I embarrass Sebastian like crazy and it will most likely be with poses like this one in front of his friends. I can’t wait 🙂 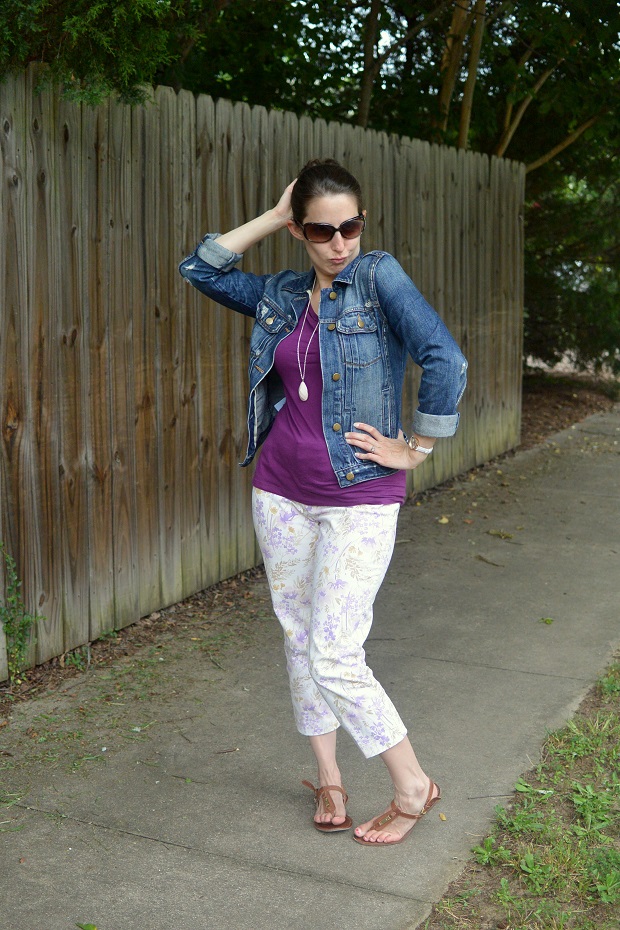 Do you want kids? Did you ever think you would or wouldn’t have kids and then changed your mind? Moms, how much do you love being a mother? 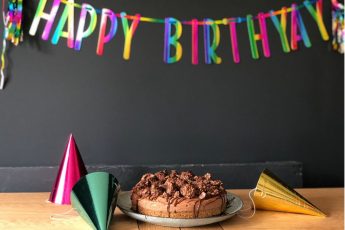 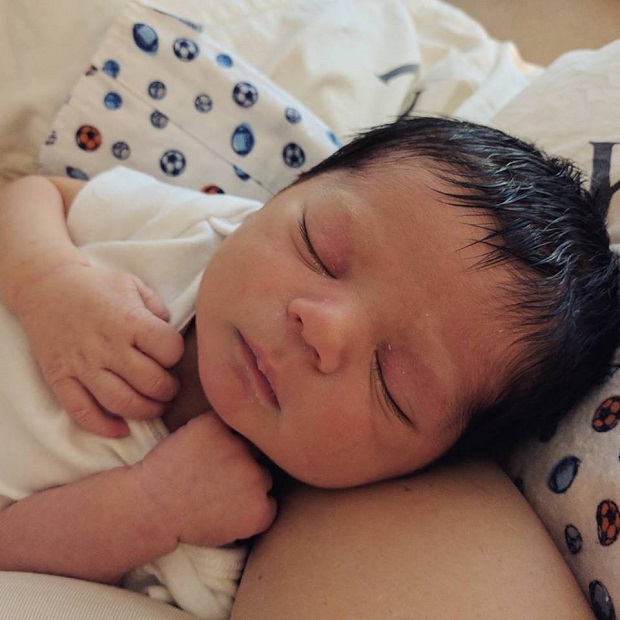