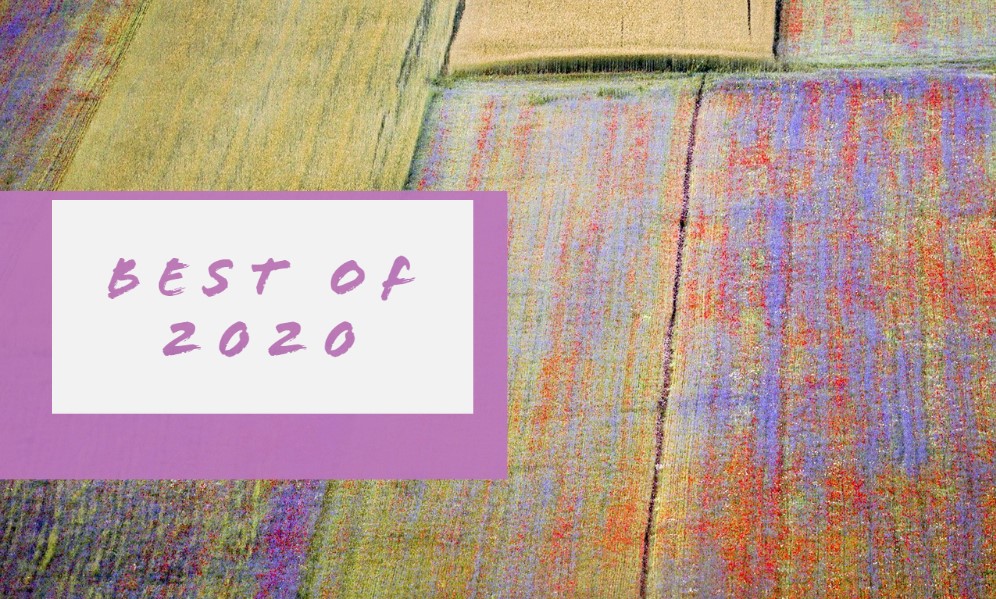 There’s no need for me to talk about 2020 and how much of a dumpster fire it was. We all experienced it and hopefully came out relatively unscathed on the other side. But for all of the things that went wrong and sucked, there were oh so many that went right. For me, I enjoyed getting to spend some extra time in our old house before we sold it, as well as spending the extra time with Nick and Sebastian as we worked and learned from home, and creating our new traditions while making the best of crappy situations.

In November, I started a daily practice of gratitude that I’ve worked to continue into this new year.  Then a colleague & friend of mine on Facebook gave me the wonderful idea for this blog post: She posted one photo from each month of 2020 that captured joy and I wanted to do this same.

And honestly, the best part of this little project was realizing how hard it was to pick just ONE photo!

I’m so grateful that I had so many happy moments that I can cherish and remember when I look back on one the worst years ever. 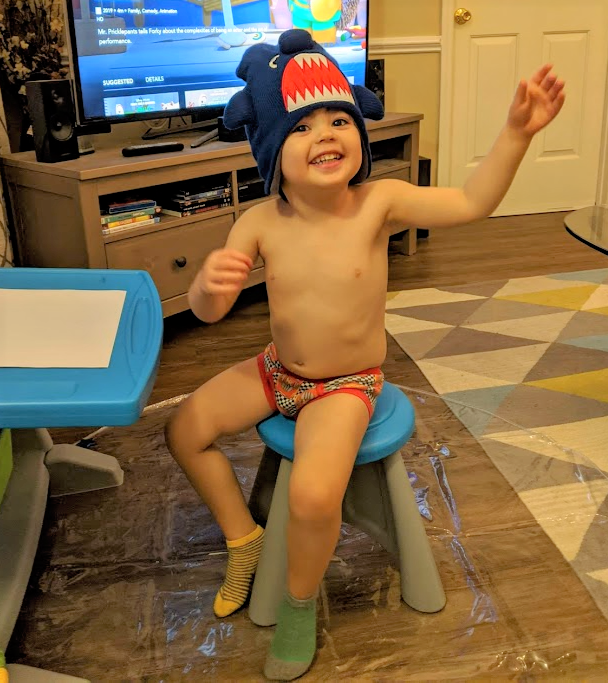 This little guy makes me so happy no matter what. He is so silly, and loves to play and have fun. He also makes very interesting sartorial choices, like the mismatched socks and shark hat. Great combo! 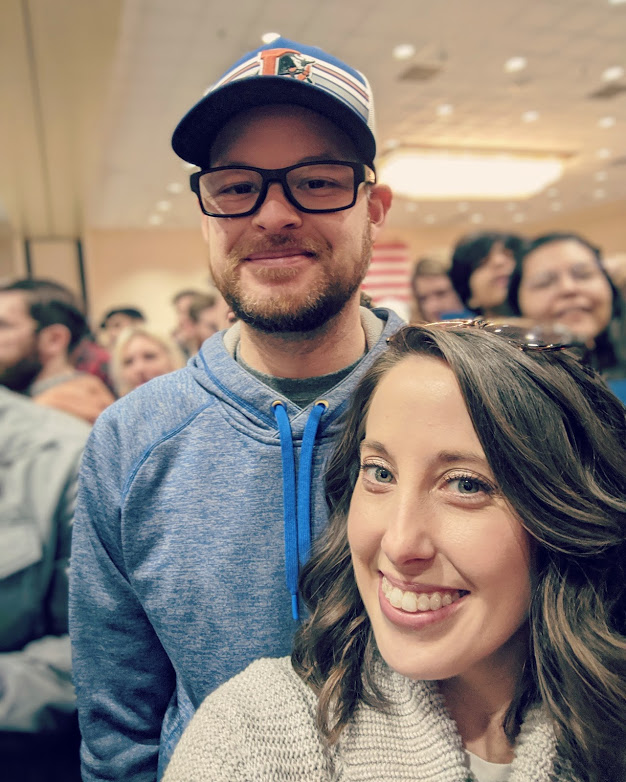 Before everything went to shit, Nick and I attended a political rally in our town on Valentine’s Day for our favorite candidate. I couldn’t even imagine packing into an event space like this in the present day, but perhaps it won’t be long before we safe enough to do stuff like this again. 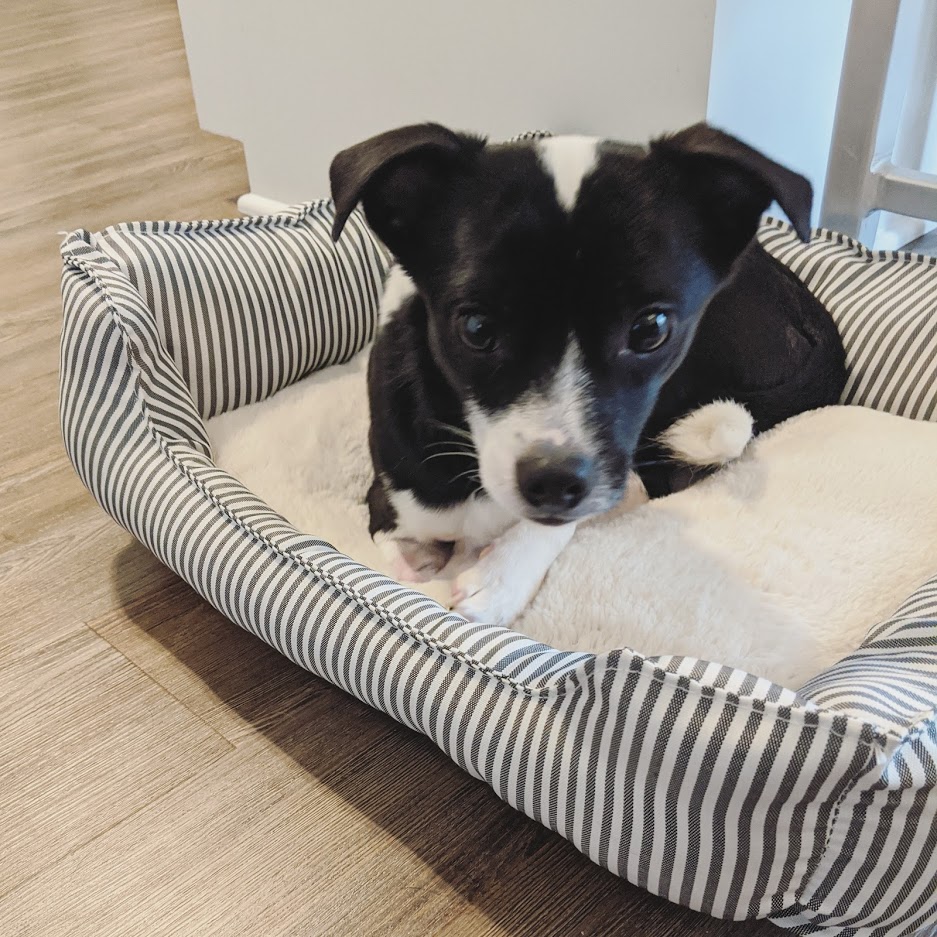 This is Milo. In early March, he ate something he shouldn’t have (I believe it was a baby wipe or baby sock) that got lodged in his stomach and he had to have surgery to remove it. Luckily, we caught it in time and he was fine, but he gave us quite the scare. I’m glad he’s still part of our family. 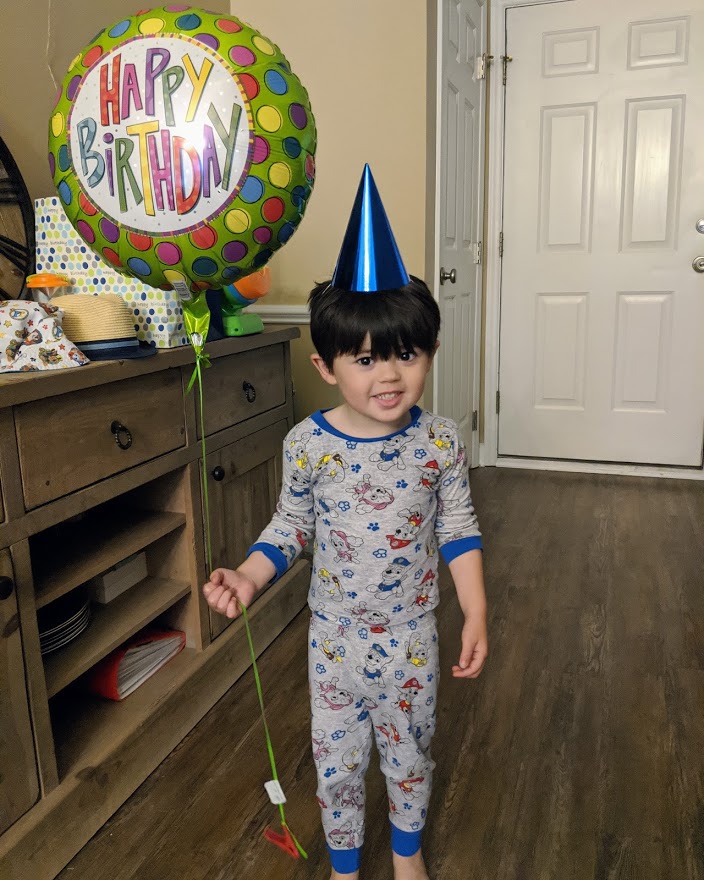 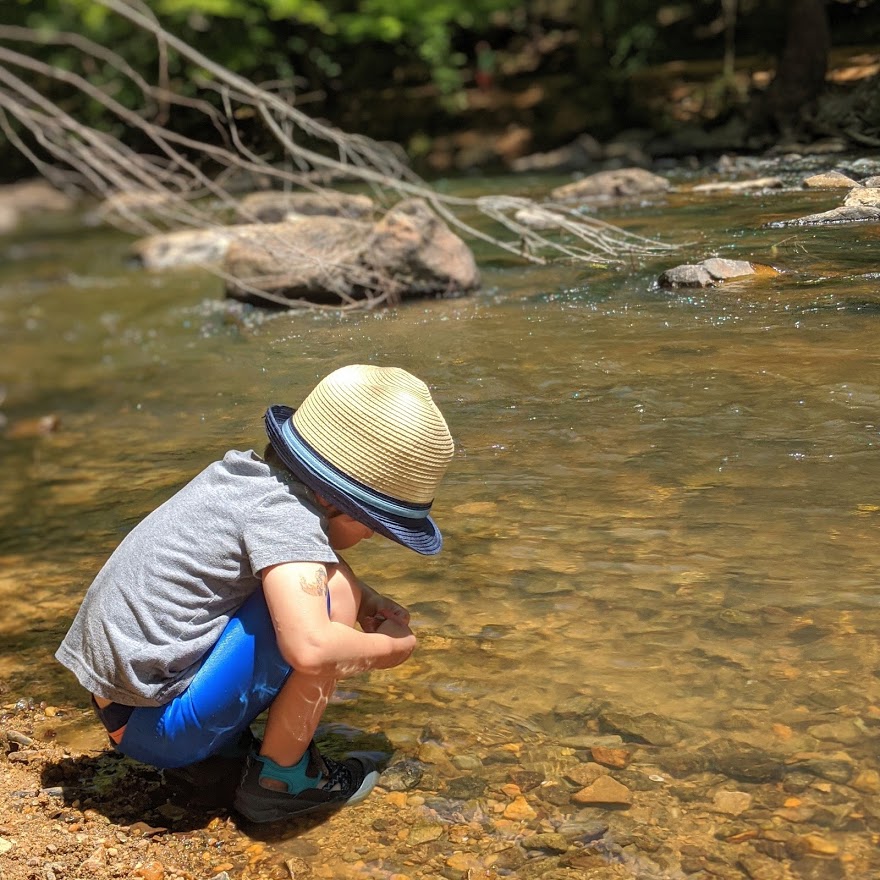 In the spring, we started spending more time outdoors. Sebastian loved exploring the rivers and lakes. It was a great time to go exploring. 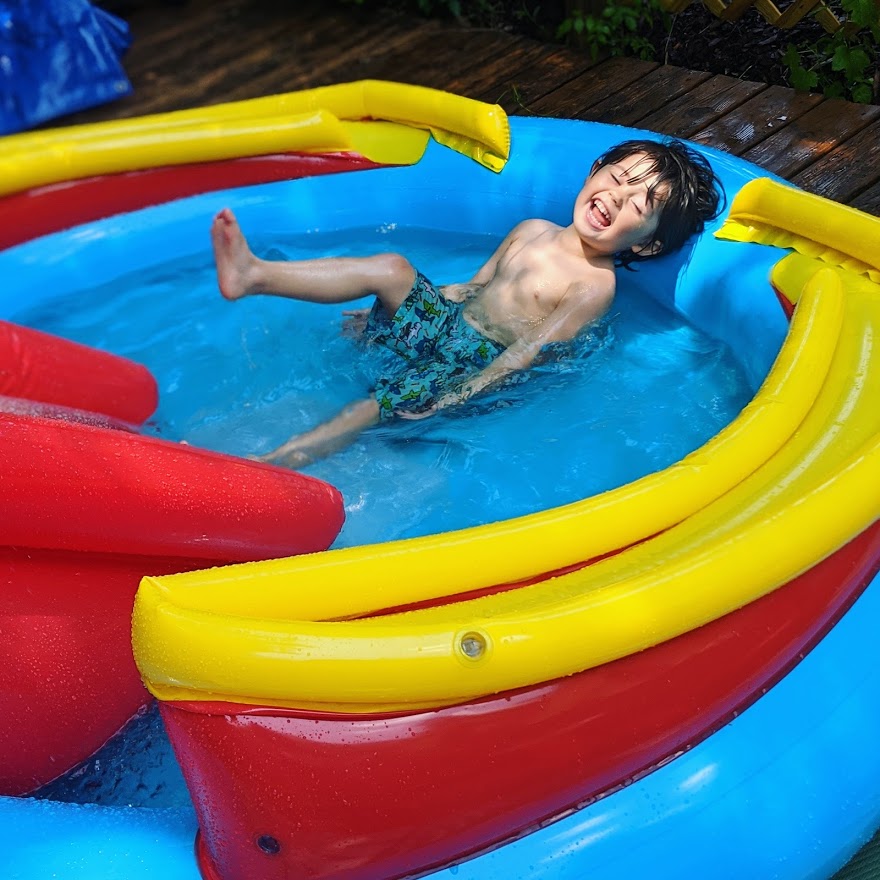 When we weren’t in the woods, we were splashing in Sebastian’s new inflatable in our own back yard. This pool was so much fun! I can’t wait to pull it out again this year. 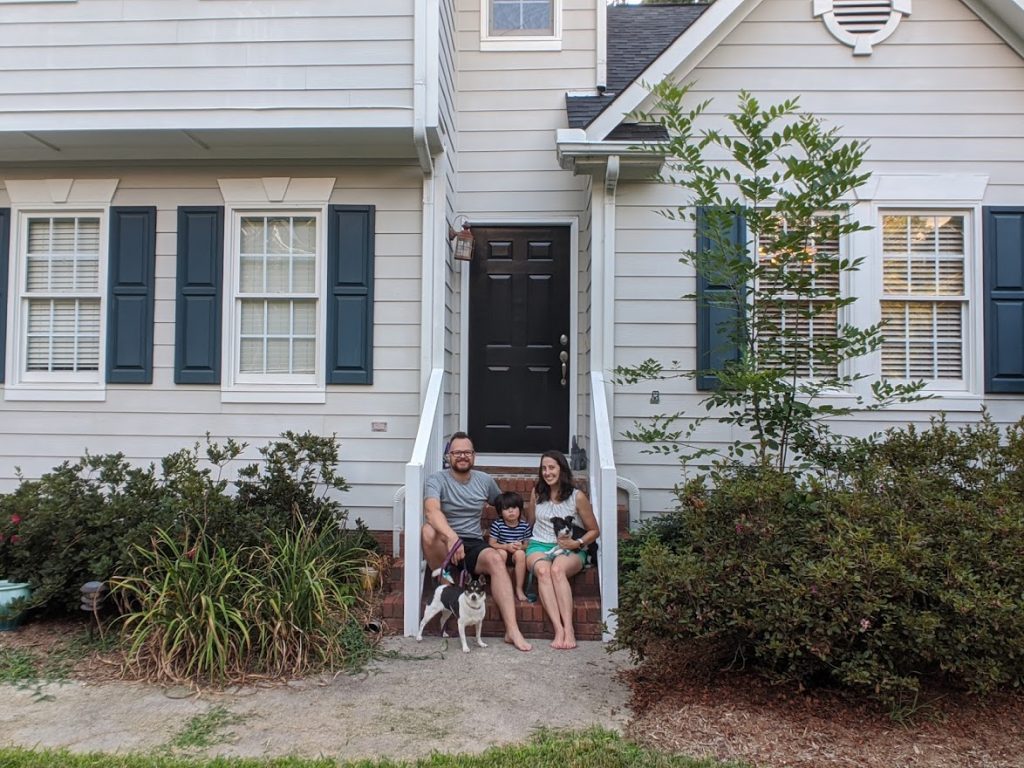 In July, we closed on our new house. It was only about 6 miles away from our old one, making the move a fairly easy one but stressful nonetheless. I’m happy we’re all settled in now. 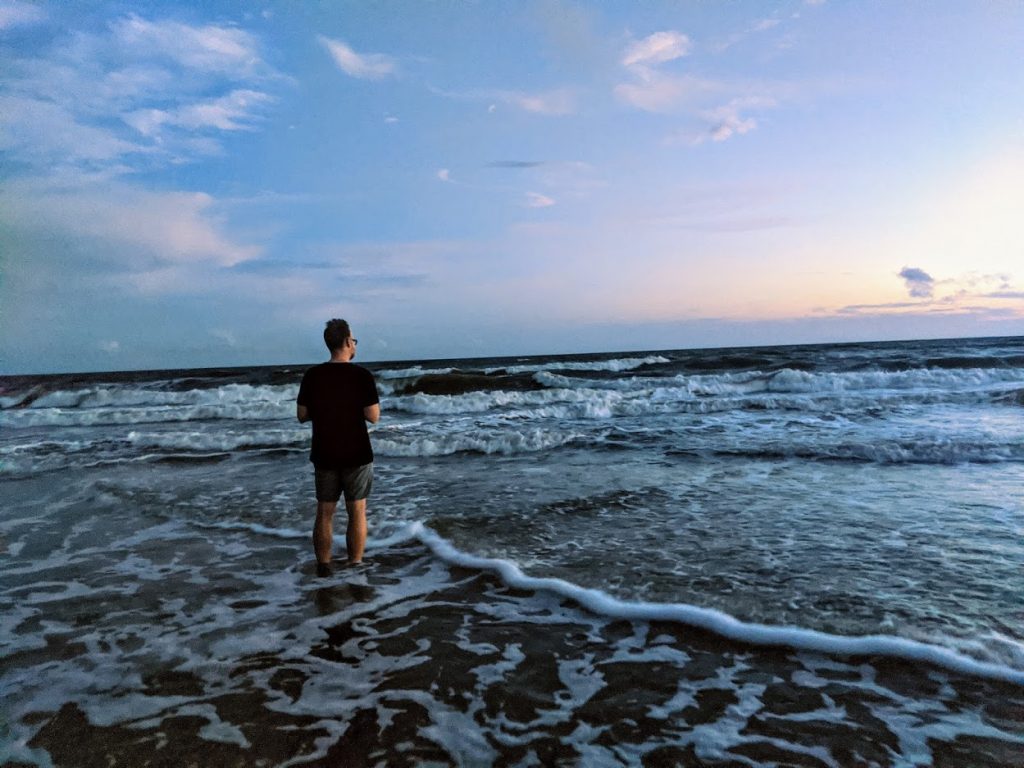 We took a family vacation to the beach in August. We stayed for a long weekend and it was just what everyone needed. 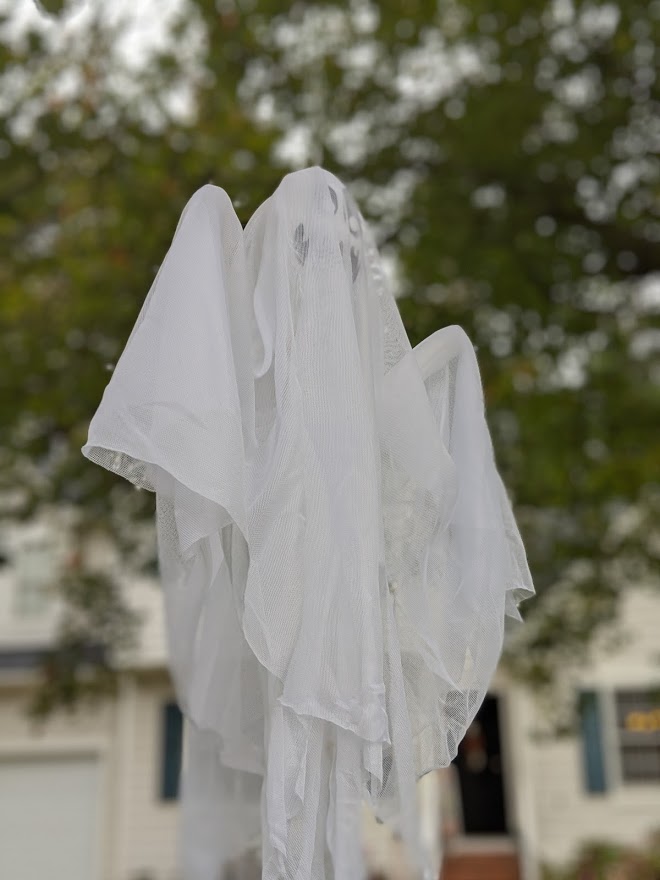 I decided to decorate for my favorite holiday–Halloween–almost a month early.

October is my favorite month so it gets two photos. The first one is from our anniversary trip to Grandfather Mountain where we drank delicious wine among the grapes as we celebrated 9 years of wedded bliss. 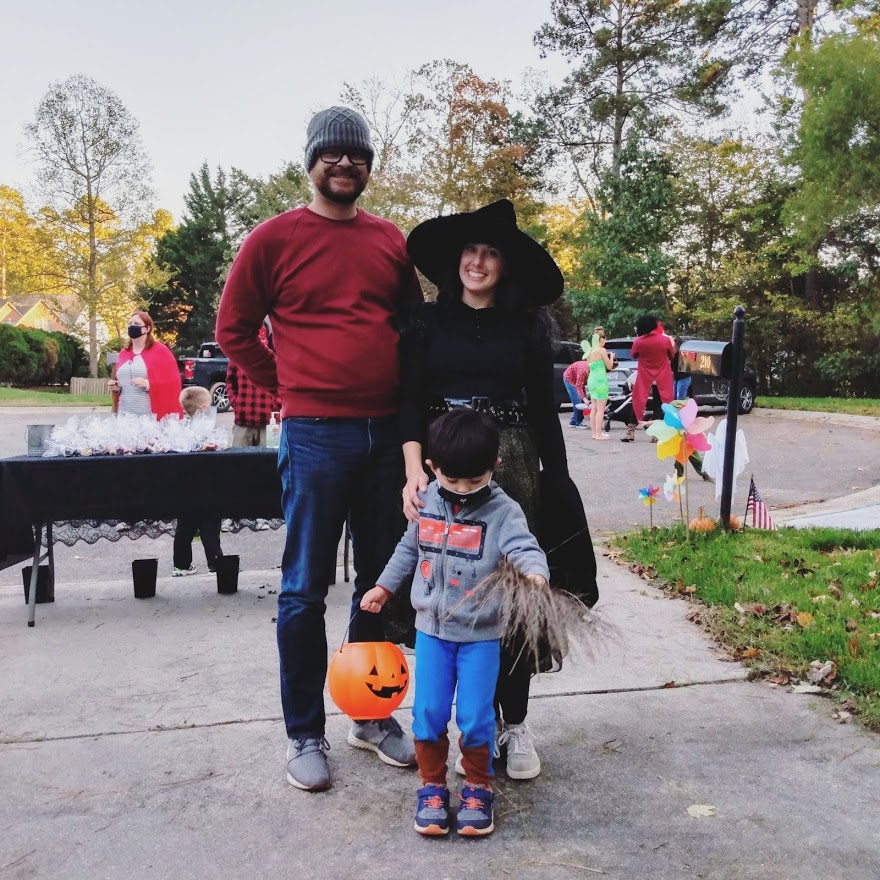 Then we celebrated Halloween! We had a Paw Patrol family costume planned but after three last-minute costume changes by Sebastian, he decided to go as Robot Woody(?) so I just pulled out an old witch costume. We trick-or-treated around our new neighborhood and had a blast! 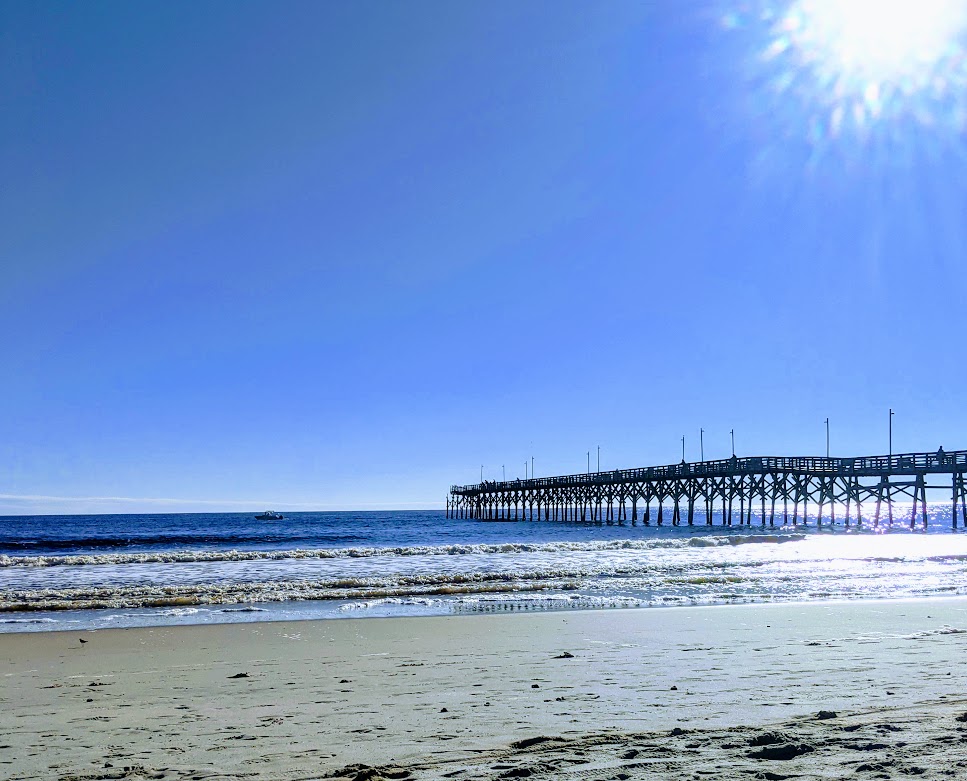 I took a much-needed girls’ trip with some friends in my quarantine pod right before Thanksgiving. It was a beautifully warm day and the three of us sat on the beach, listening to waves crashing and watching the sea foam roll in while the sun beat down on our faces. We ate snacks and drank wine and had some of the most meaningful conversations I think I’ve ever had in my life. 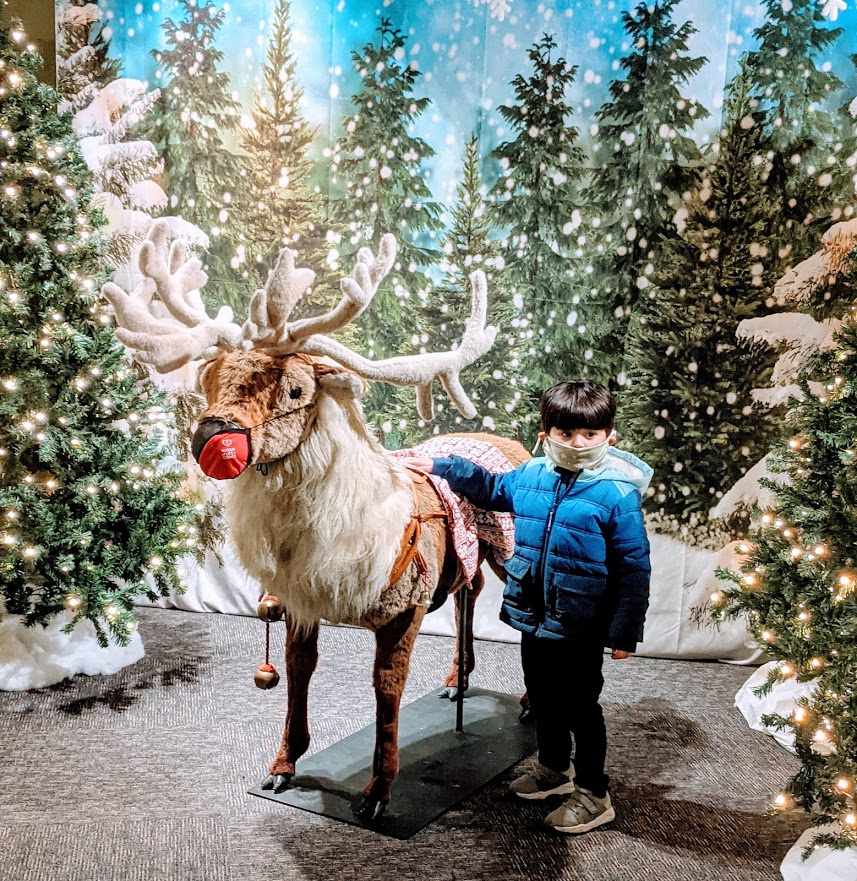 December also gets two photos! This first one is Sebastian posing with a stuffed reindeer at the Museum of Life and Science. I was so glad we could provide him with a little bit of normalcy this holiday season. 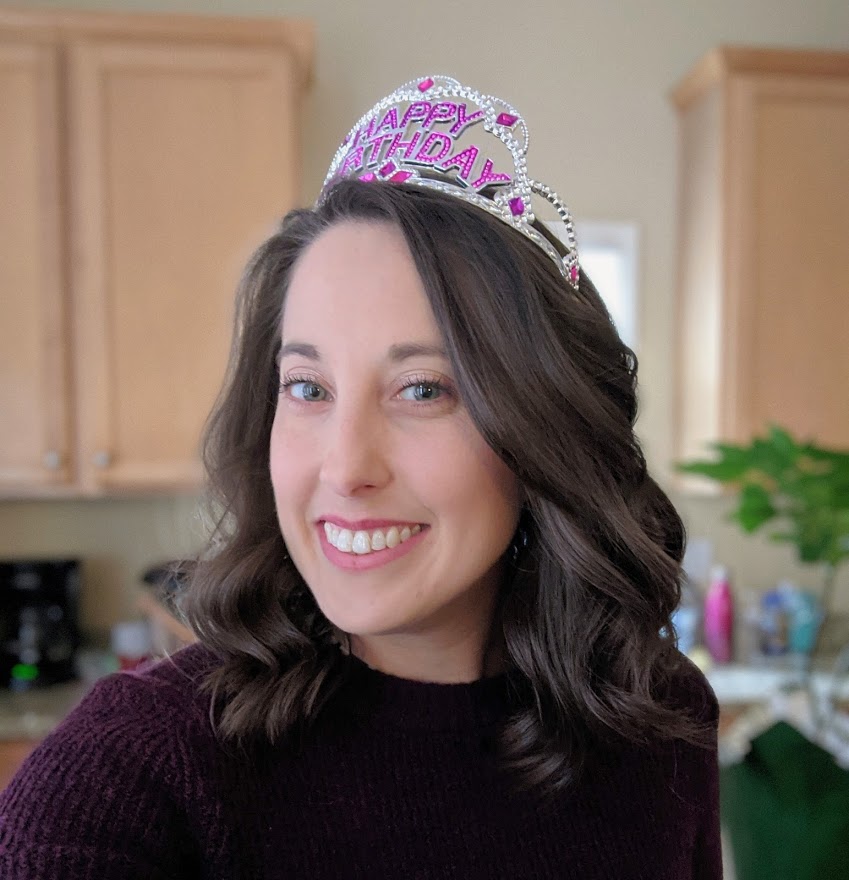 And this last photo is from my 36th birthday! I’ve shared a few life lessons I’ve learned along the way, and I can’t wait to see what this next year brings us.

I hope that you are also able to find all the good stuff in a year that felt like a horror story at every turn. 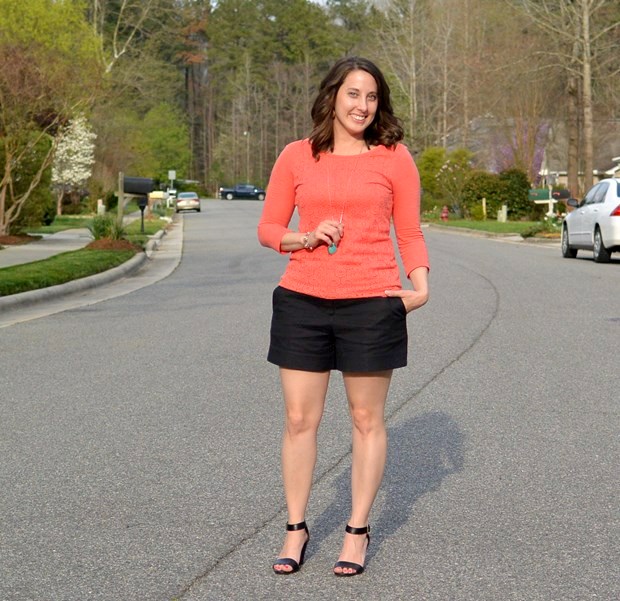 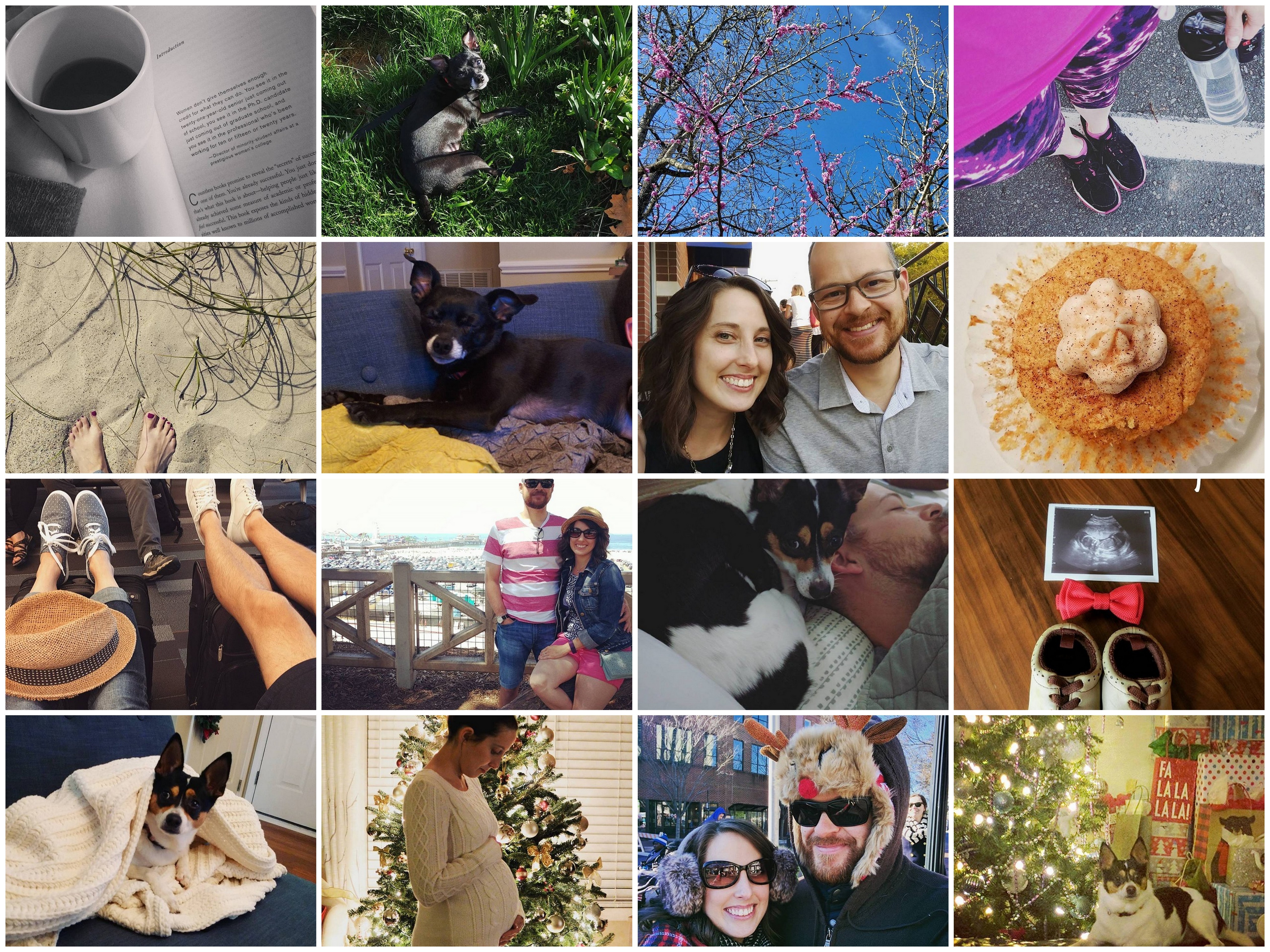 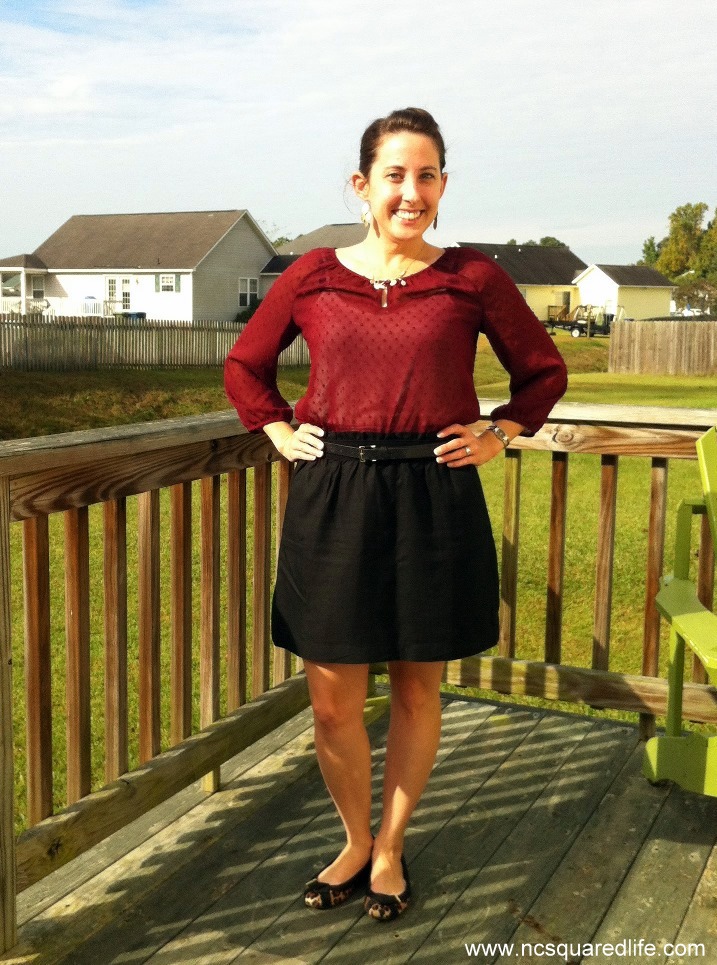