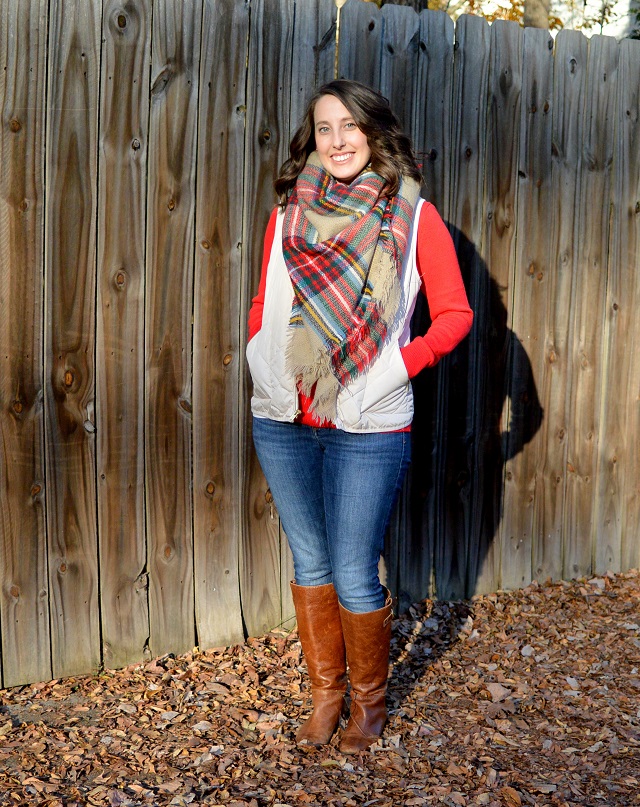 Blanket scarfs are so cozy, aren’t they? They’re also huge so I almost passed up on this trend because I thought it would weigh me down. Jean from Extra Petite convinced me to give it a try, though, when she posted her video showing a few different ways to style to it. She’s actually about an inch shorter than me (while her style sense is miles above mine) so I figured if she can make it work then so could I. Her video is really helpful so even if you’re not a shorty like me, I would recommend it. I’ve found that the trick is not only in the fold (fold it in half first) but also in rolling it a few times so it isn’t quite as long. All that folding and rolling does leave it feeling a bit bulky so I usually save the blanket scarf for those really cold days when I need the extra warmth. 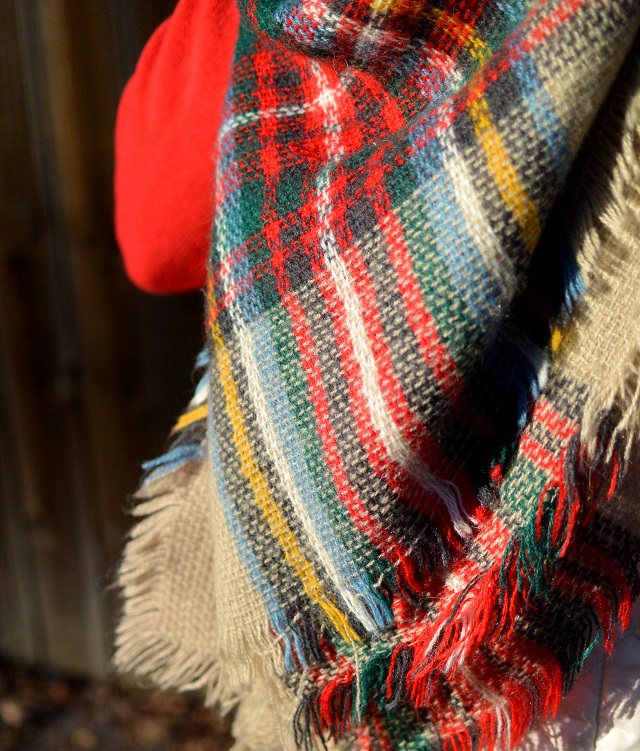 Nick worked from home one day last week so we went out for lunch together and this is what I wore. It started out pretty chilly but then warmed up as the sun worked its magic so I ended up ditching the scarf in the car while we ran errands. Then I spilled coffee on my shirt. Luckily I still had the vest to cover it up! 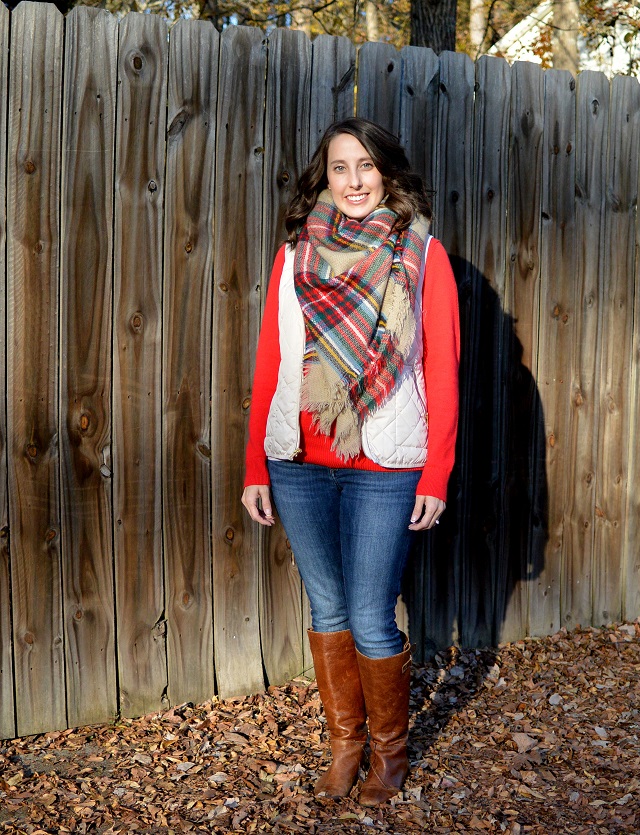 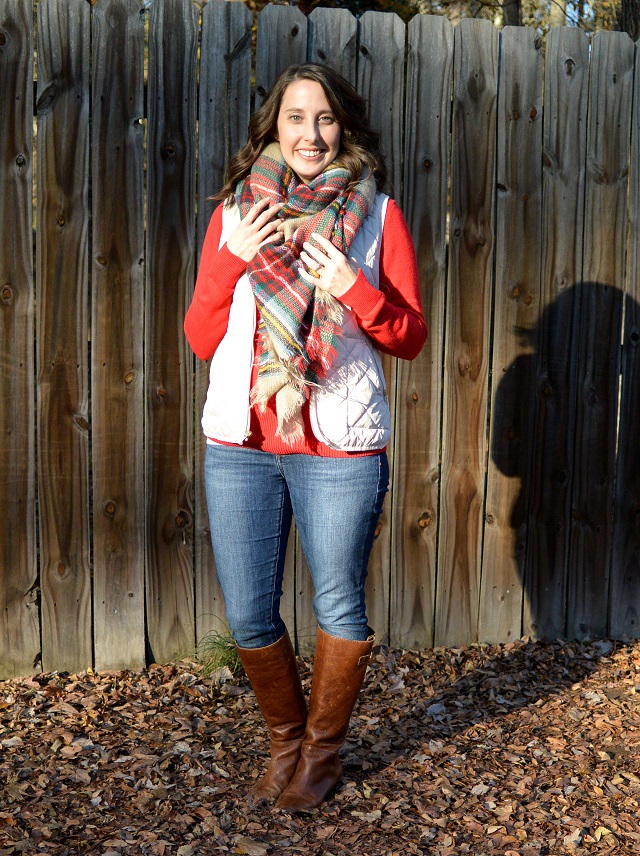 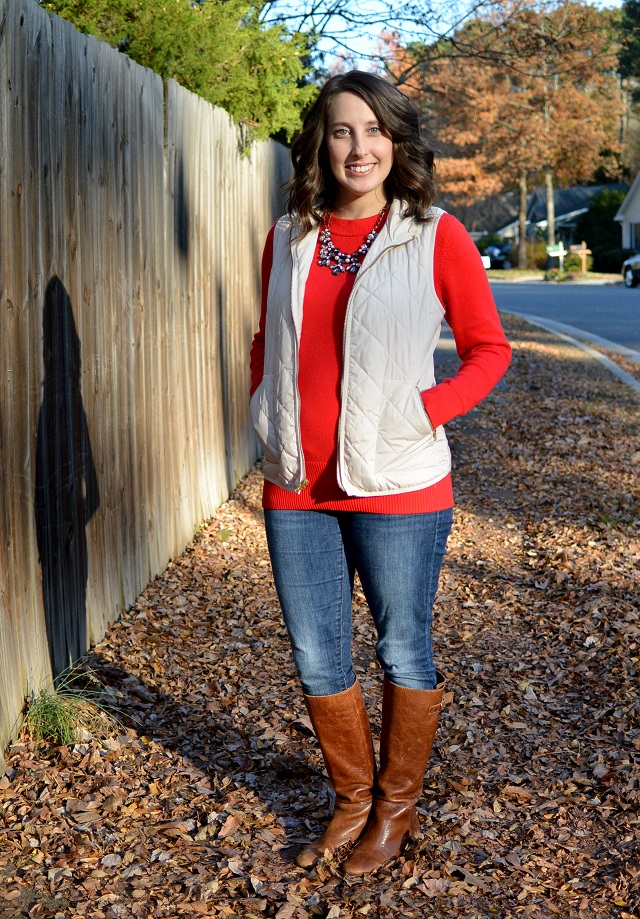 I told Nick to get a picture of me throwing the leaves up in the air. This is the best we could get!
Me: Are you ready? Nick: Yeah, ready when you are.
Clearly he wasn’t quite ready but that’s okay; it’s still a pretty cute little picture. You’ll just have to imagine the leaves swirling around my head like a scene from a movie. 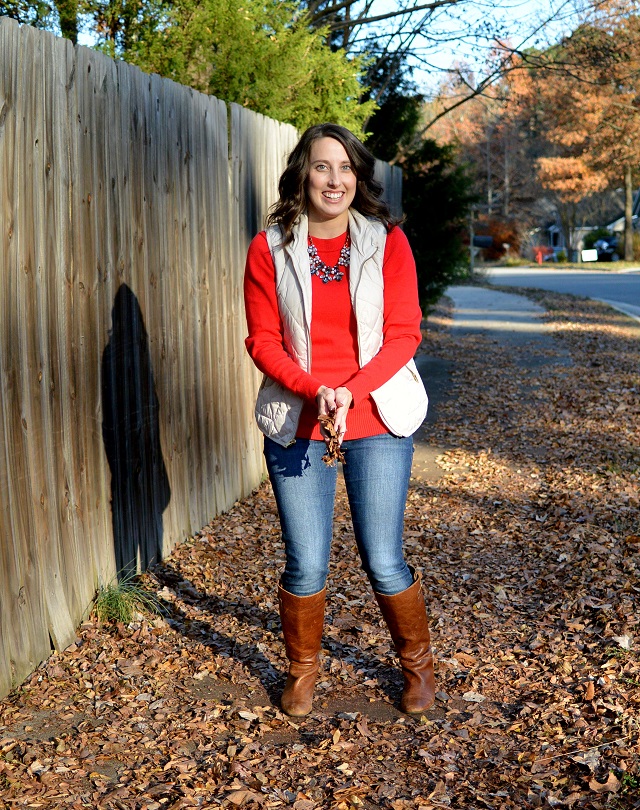 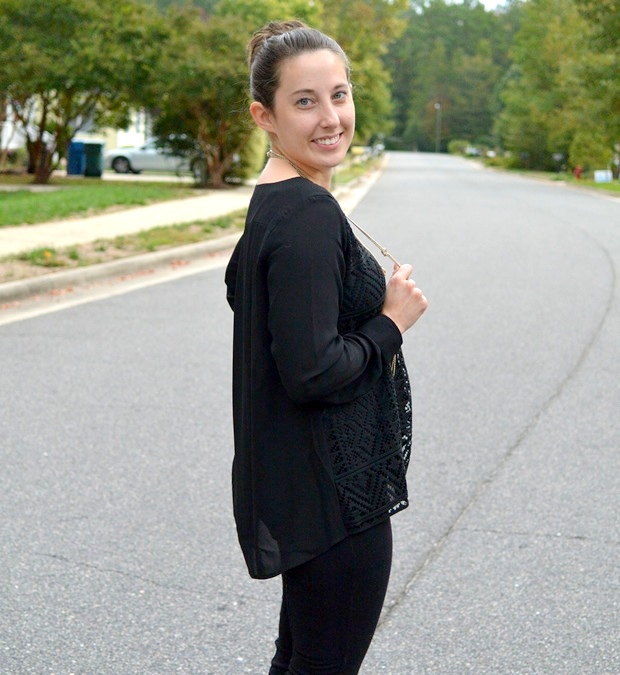 Better in my Head 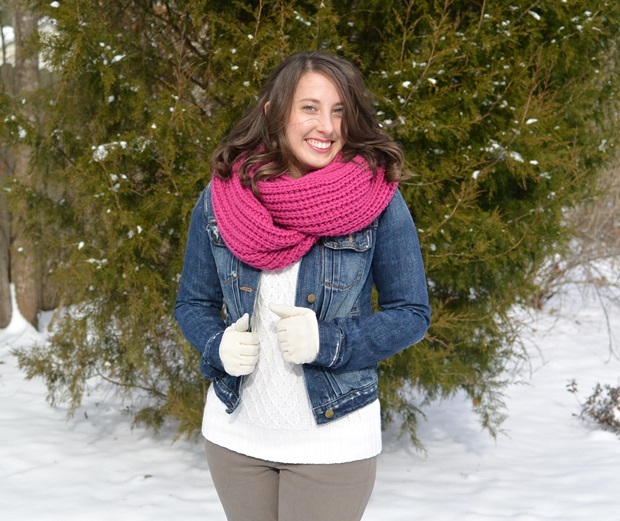 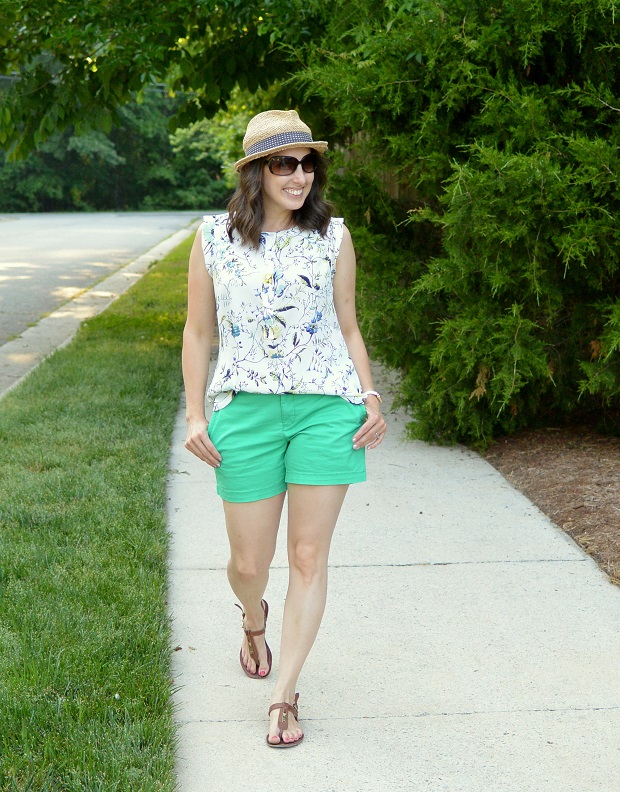 Summer is in the Air