Walking gets too boring when you learn how to fly 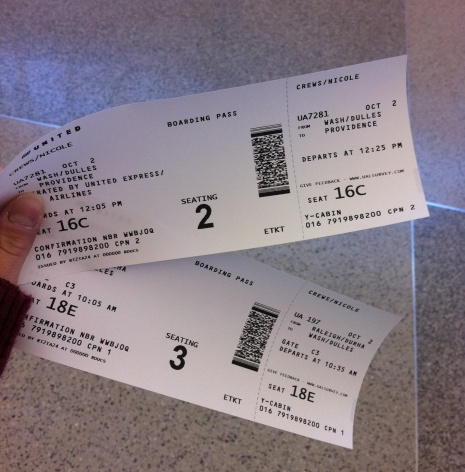 Flying. It isn’t a big deal for most people. In fact, the majority of you have been flying in airplanes ever since you were small children so it just comes naturally. I am not one of those people. I’ve always felt a bit awkward explaining to others that I’ve never stepped foot in an airport, let alone on an airplane. Luckily, those days are over! On Saturday, October 2, 2010, I took my first flights! I’m sure you know how the process works so I won’t describe the steps of checking in, printing boarding passes, taking off your shoes when going through security, and walking through the jet way to the plane. I consider all of these things, however, to be frequent-flyer discoveries: the little nuances that everyone knows because they’ve been flying for so long but that I just recently learned. Now I know them, too!

Seemingly silly little words of wisdom but oh, so true.

Before we took off, I wanted to watch the safety demonstration video but couldn’t see the little screens that slid out of the overhead compartment. The guy next to me commented that “they never change. If you’ve seen it once then you got it.” I told him that this was my first flight EVER, to which he laughed and retracted his statement. Perfect example of those awkward little moments I’ve had to endure. I was really nervous during the entire flight, mostly because I just didn’t know what to expect. I was hypersensitive to every little bump and noise so there was a lot of hand-squeezing and deep breathing through even the tiniest bits of turbulence. I think I did okay, though, as I managed to make it to Dulles without freaking out. Go me! 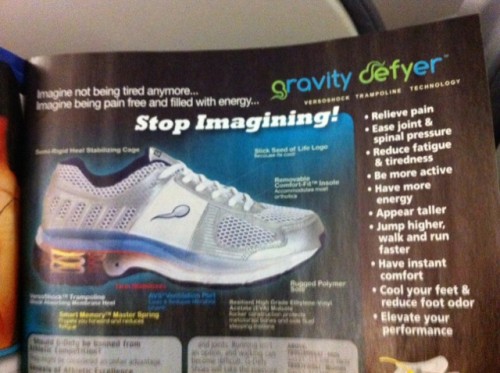 Frequent-Flyer Discovery: SkyMall magazine. Full of useless crap that probably works once or twice and then never again. My favorite item: Sperm shoes! I’m sure they do a great job relieving joint pain and spinal pressure but I think I’ll pass.

As you can see from the video above, the second flight was in a smaller jet plane. I started to get really anxious because it was louder than the first ride and I could really feel the turbulence and the turns. I believe I told Nick during this flight that I didn’t think I could do it anymore and that I was going to have to take the train to Denver in November. However, I found that if I kept the window open and watched the wings while we turned, I felt much better. I could see that we were actually turning and not just about to drop out of the sky! This was the view from the second flight, DC to Providence, RI.

“We’re on the bus with Edward Cullen” –Nick.

We made it to Providence, Rhode Island! The next step in our adventure was to rent a car and drive about 15 miles south to Middletown. On the shuttle from the airport to Enterprise was seated a very pale teenage boy wearing all black and sunglasses. Nick’s next humorous comment, after I realized to whom he was referring in the above quote, was “I wonder if he sparkles in the sun?” HILARIOUS. I wish I had a photo to justify the hilarity of the story, but I couldn’t snap one without Edward noticing. Oh well, you’ll just have you use your imagination.

By the way, it felt like we were driving so slowly in the car after two flights. Crazy!

We finally made it to Flo’s Clam Shack! 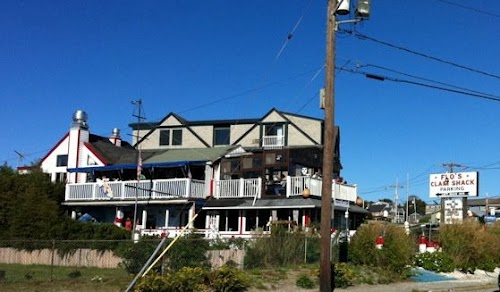 I had fried clam strips and Nick got the fish and chips. We were also given a nice surprise of “chowda” and clam cakes (hushpuppies with clam strips in the middle). Of course the food was delicious. We weren’t expecting anything less since they were featured in Food Network’s “The Best Thing I Ever Ate.” 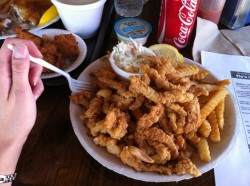 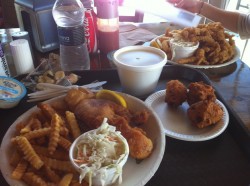 After lunch, we walked across the street to Atlantic Beach and relaxed in the grass. Here, we recount our dining experience:

At this point, Nick reminded me that the return flights would be in the dark and I got really nervous again. As I mentioned before, I seemed to do alright when I could see the wings out of the window but I wouldn’t be able to see much in the dark. And how was the pilot going to see in the dark?! On the drive back to the airport, I was thinking about the countless number of people that fly all the time; the pilots fly every day, as do flight attendants. Most people travel as often as once a week for their jobs and they’re still alive. Maybe it was an epiphany or maybe I was just tired of an accelerated heart rate, but I decided that I wasn’t going to be afraid of flying anymore. People do it all the time, it’s the safest form of travel, and even if we were to crash and die then maybe it was just my time. Believe it or not, the return flights were much better!

We got back to Enterprise and dropped off the car. The shuttle driver asked why we didn’t have any luggage and when we explained our journey, he just couldn’t believe it! He kept saying, “Man, are you serious? Why not just stay the night? Man, you really flew up here for the day? Wow! I’ve never heard that one before. That’s something I can tell my grandkids!” He was really cool and suggested that we visit Mystic, CT  next time. And we just might do that!

Flight #3: I sat on the wrong side of the plan (correct row, just wrong seats) but the guys that were supposed to sit there were super cool about it. They just sat on the other side, and all was well. And I wasn’t afraid of the flight. I read my magazine and glanced out of the window every now and then and was totally fine.

Frequent-Flyer Discovery: Ok, so maybe this isn’t exactly a frequent-flyer thing, but I discovered that Hell does, in fact, exist. It’s the Fox News store in Dulles airport in Washington, DC! Aghhh!

We finally made it back to Raleigh around 11 pm; the fourth and final flight took less than 40 minutes. We were tired, ready to pick up Chico from Jess (thanks a bunch, Jess!), go home, and go to sleep.

So, four flights in one day. Definitely a crazy experience, but I’m kind of glad we did it that way. Had I only flown once or twice and not rid myself of the nerves and anxiety, my upcoming 4-hour, non-stop flight to Denver could have been pure hell. But now I say, “Bring it on!”

I hope you enjoyed our story. Until the next one, happy flying! 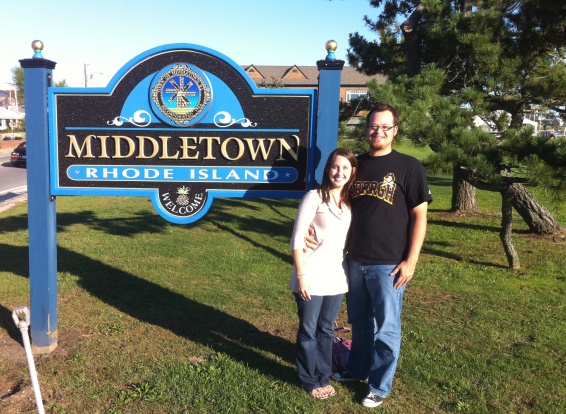 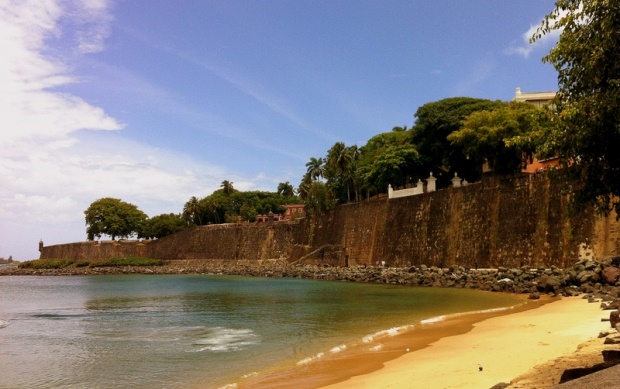 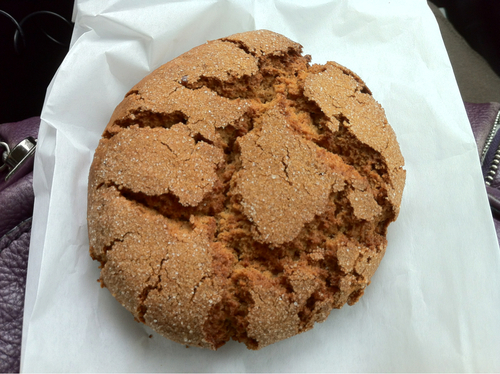