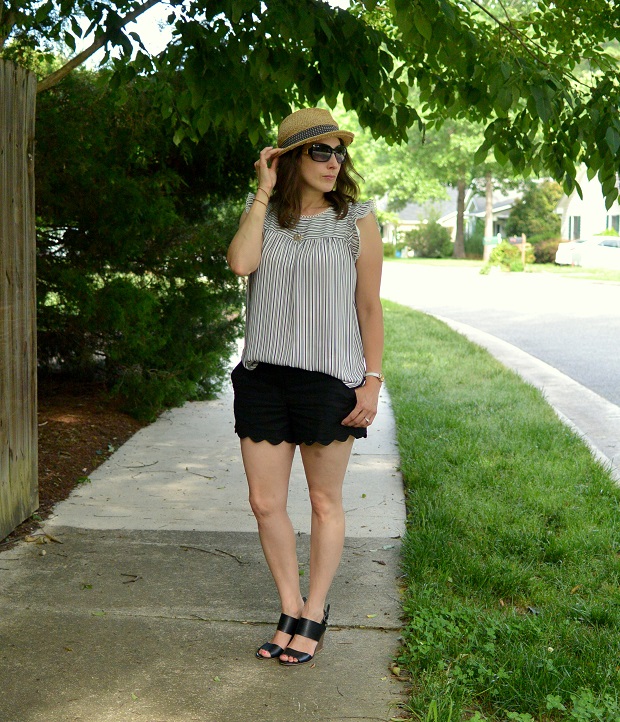 Memorial Day Weekend came and went without much fuss. It was the one year anniversary of my heart attack and, because I was afraid that would trigger my anxiety, my therapist suggested I make plans to help keep my mind off of it. We decided to go on a little picnic, head over to the Museum of Life and Science, and then go to a cookout/BBQ at our neighbor’s house. MLS is one of my favorite places to take Sebastian because there’s so much for him to do and see, and every time we go, he’s a little bit older and a little more aware of the things around him. This is what I wore for our outing. I’ve been wanting a pair of scallop shorts for a while now, and J. Crew did not disappoint. These are great! 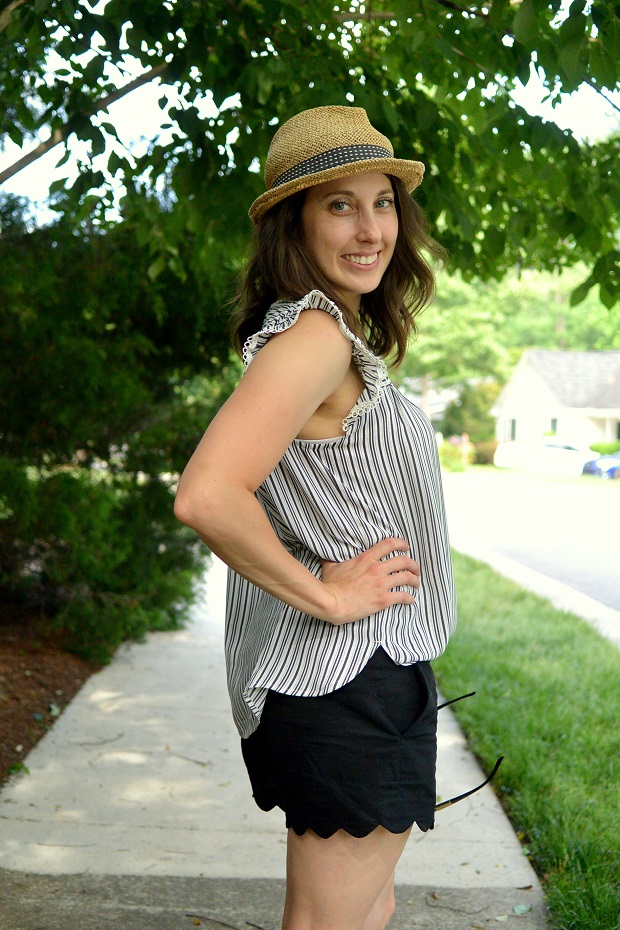 We had a lot of fun at MLS, even though it was really hot and humid. Just look at how flat my hair is, ugh!  I really wanted to ride the train, even though it cut into Sebastian’s afternoon nap, so he was a little grumpy at first. He wasn’t so sure about it when we boarded but once we started moving, he cheered up a little. We’ll try it again next time when he isn’t so tired. 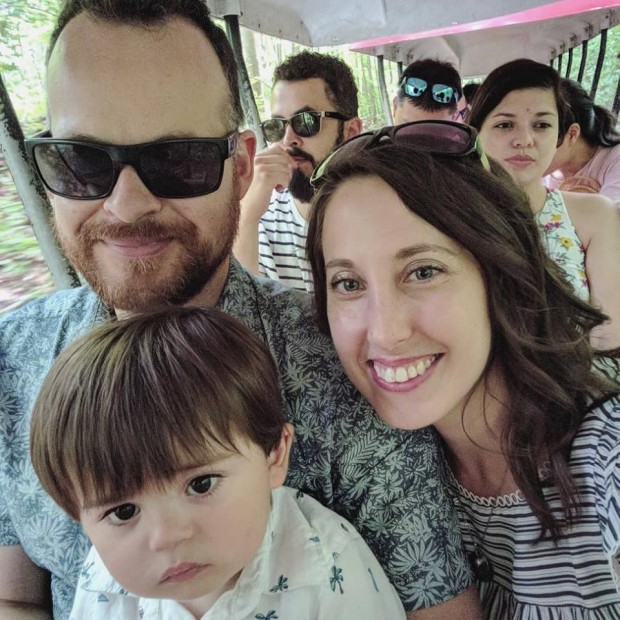 Cook out vs. BBQ: Look, y’all, I’m from the south where we call any event that involves a grill a “cook out” and “BBQ” is the pig cooked on that grill. When our neighbors, who are from California and have been in NC for about a year, invited us to a Memorial Day BBQ, I had to have a little fun with it and remind them that they’re in the south now and should learn the “proper” terminology. I think they finally got it 😉

I hope you all had a great Memorial Day Weekend, too. 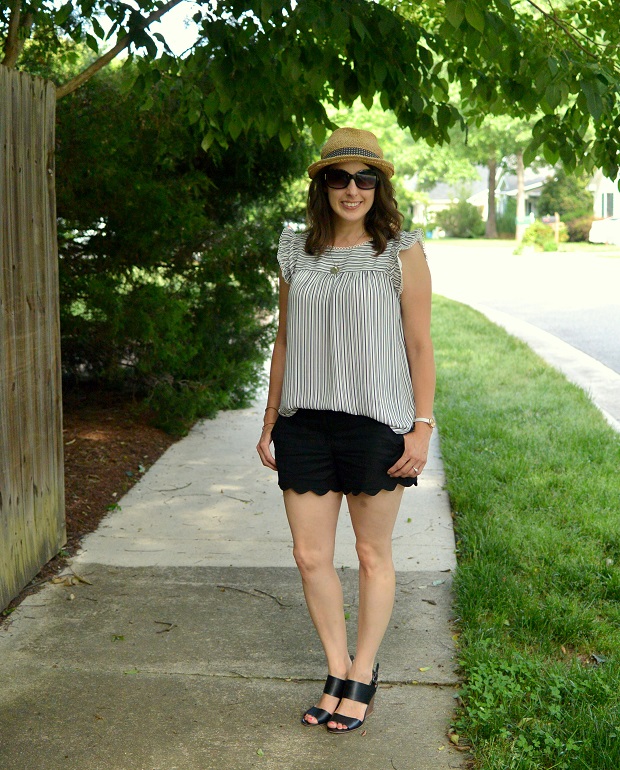 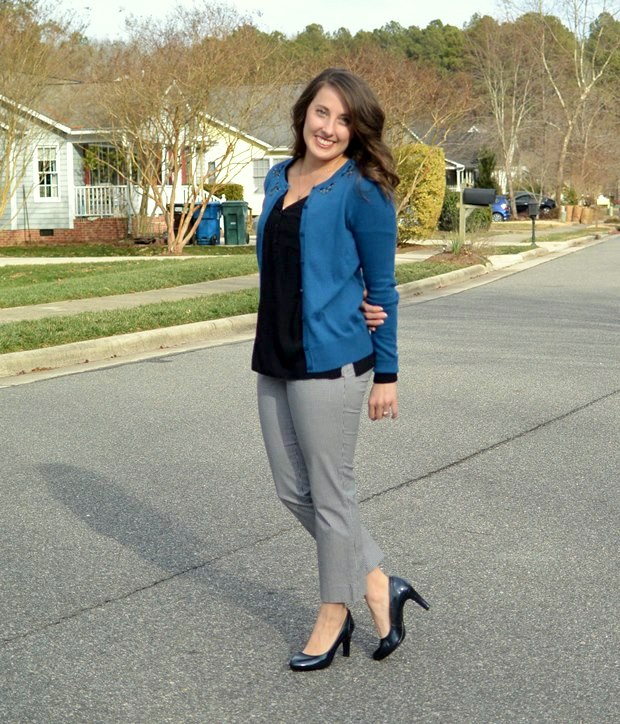 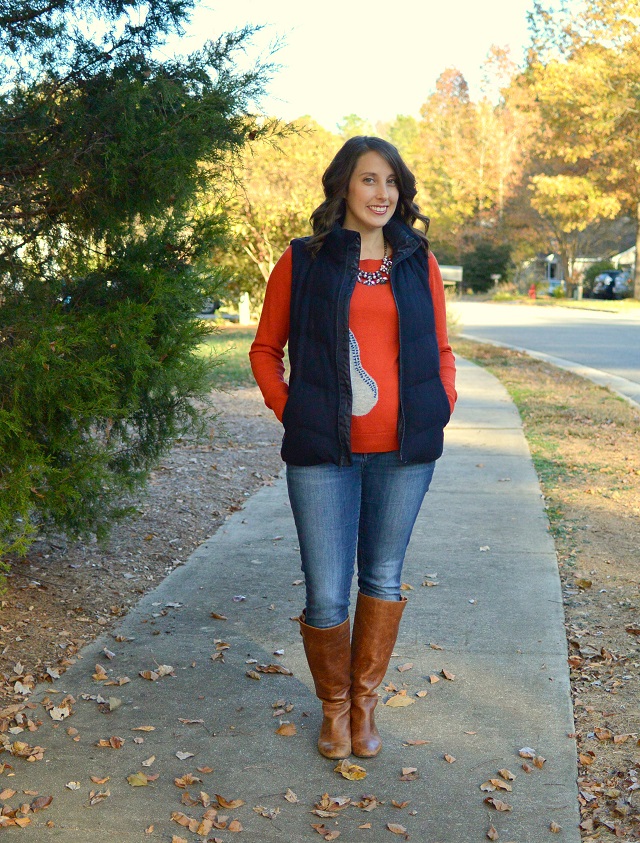 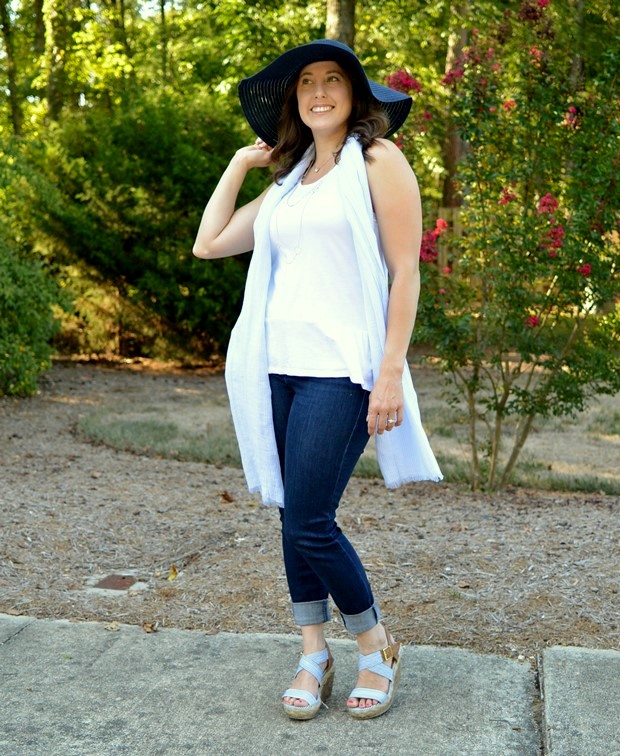