It should come as no surprise that someone who enjoys putting together cute outfits for herself so much that she started documenting them on a blog in grad school would also enjoy putting together cute outfits for her kiddo. When I was pregnant, I had little daydreams of dressing Sebastian up like the little kid models you see on Pinterest, and doing these cute little mommy + me outfit posts. Obviously that didn’t happen because, like most new moms, I barely had time to shower after Sebastian was born, let alone time to plan fun and elaborate outfit posts.

But then S got a little bit older and entered the “I DO IT” independence phase. This is a great milestone for him and crucial for boosting his development, self-esteem, and independence. And one of the things he has started to do is dress himself. First it started with him independently putting on the clothes I picked out for him and has slowly morphed into him picking out the clothes, too. While I sometimes feel a little disappointed about not always getting to put together cute outfits for him, I have learned a lot from my almost-4 year old about what it means to wear clothes and get dressed. And I’m appreciating a whole new word of cute! 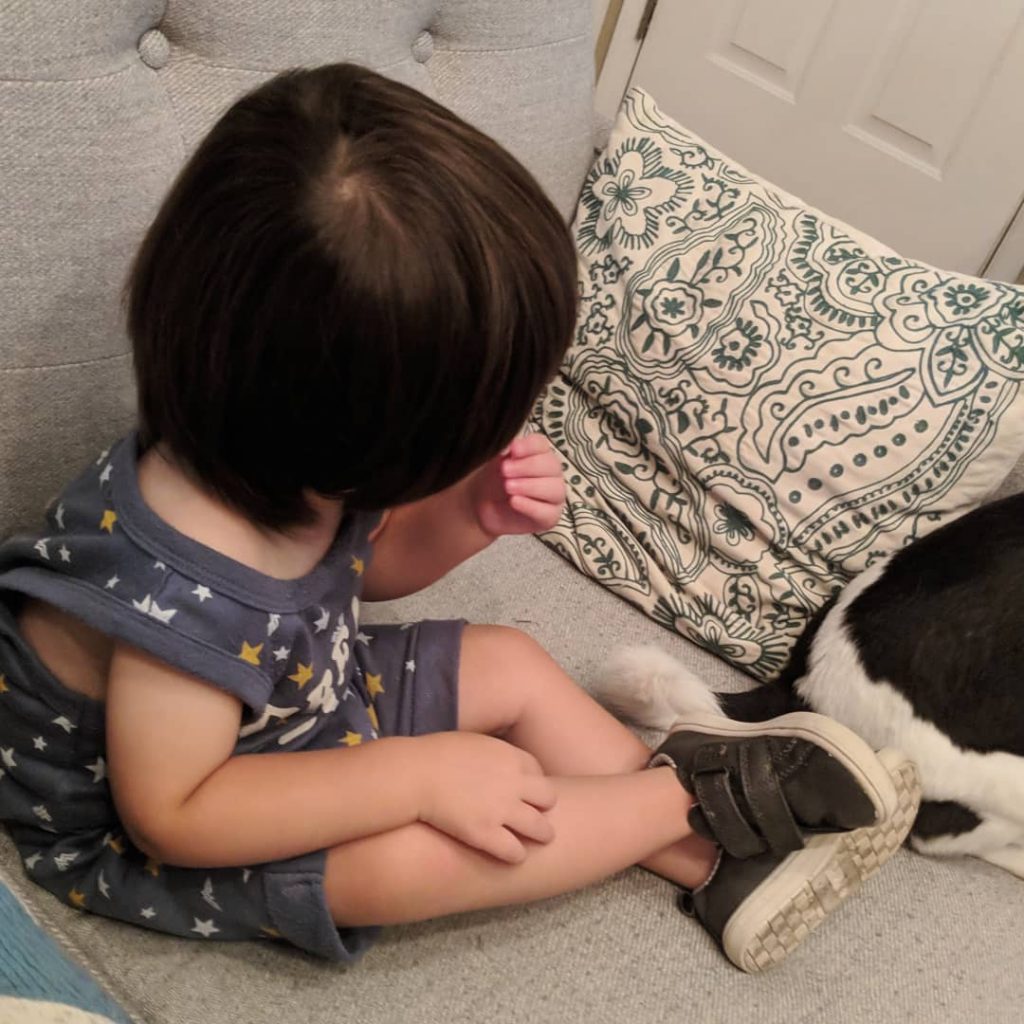 S has always had interesting sartorial choices when left to his own devices. I’m talking mismatched socks, winter boots with pajama shorts, hat without pants, everything. It’s truly adorable! See what I mean? 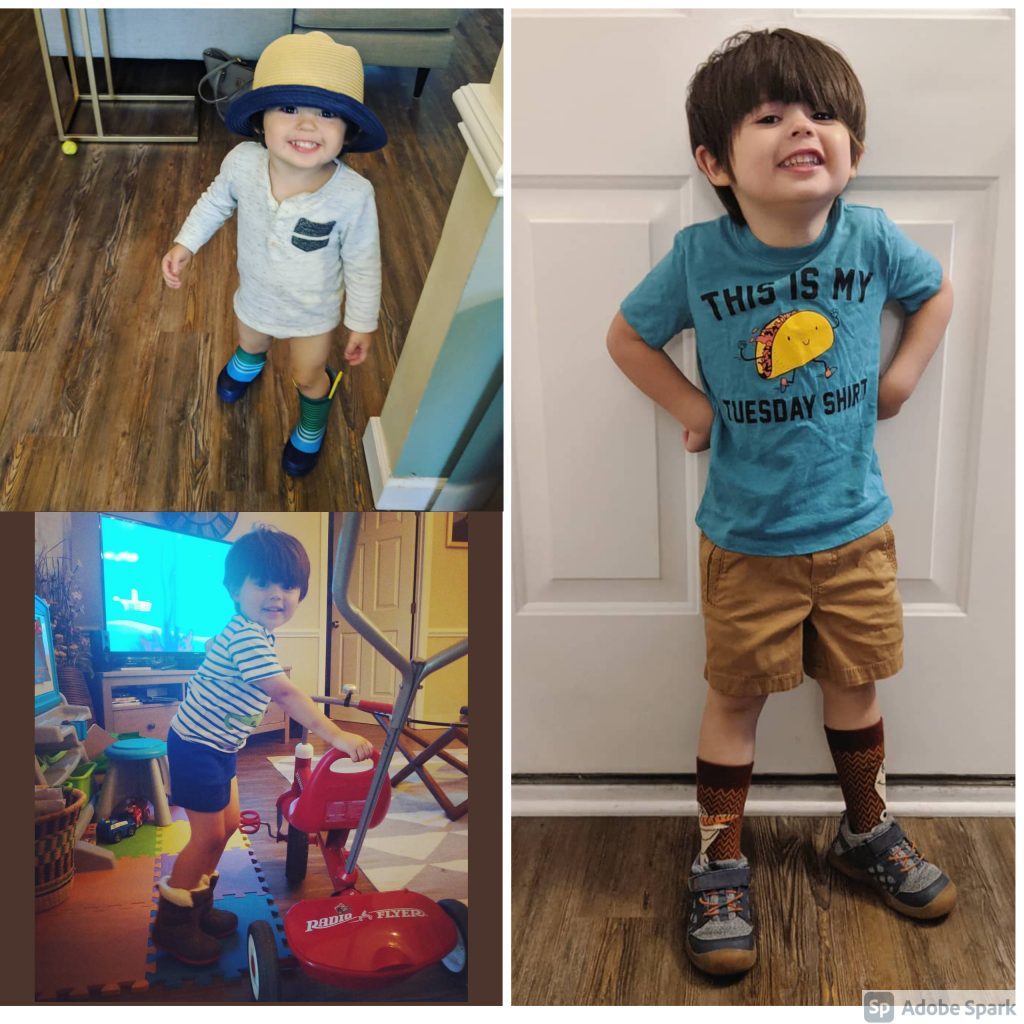 This is one cool kid!

As he gets older and I let him take the reins more often, especially when it comes to choosing his outfits, I find it’s always very interesting to see what he will do. When we’re standing at the closet choosing clothes, he’s making very important decisions, and I personally think he’s on to something.

Here are three things I’ve learned from him:

The one thing he does every single time he gets dressed is pick out clothes that he likes. Imagine that! If he feels like wearing his hat, he’ll wear his hat–he wore it all day long at preschool one day last week. If he wants to wear long socks, he wears long socks. If he likes the Toy Story shoes that light up, he’ll wear them. And what better way to showcase that personality? 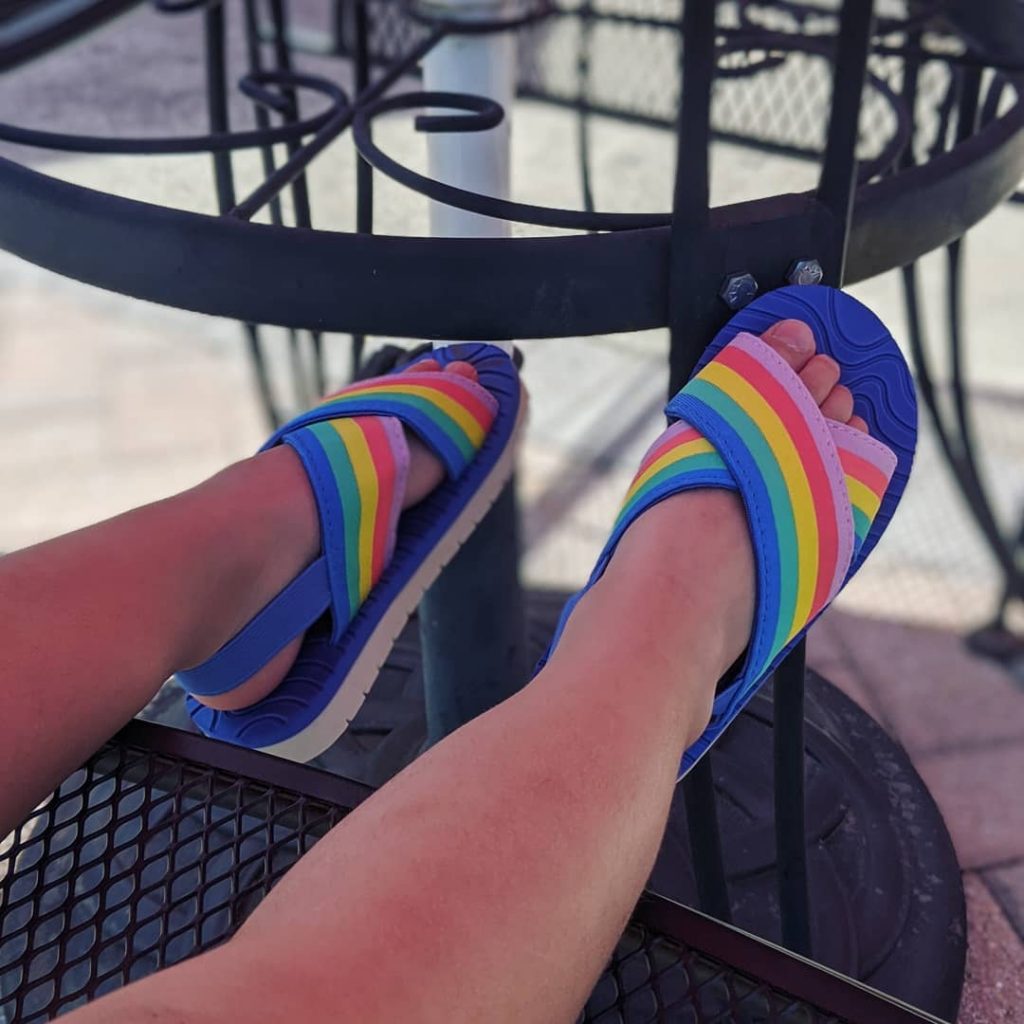 He picked out these rainbow sandals all by himself.

It really isn’t a novel idea, but it’s one that I’ve admittedly struggled with for a while. I mean, I’ve always chosen clothes that I like but I’ve also had to deal with the little voice in the back of my head asking a million questions about what I’m doing. “Is this piece trendy enough? Too trendy? Is this outfit blog worthy? Do I look like the Pinterest girl? How does everyone else wear this piece?” etc. But instead, I should focus on how I feel about it.

If the sweater is itchy, he puts it to the side and opts for something else. I don’t blame him. There have been plenty of times where I’ve stood in a dressing room arguing with myself  about how a shirt feels. Sure it’s a little tight in the shoulders but it looks very fashionable; should I buy it and risk wearing it only once because I can’t stand the restriction in the shoulders? Only recently have I found the willpower to say no to cute clothes that don’t truly fit. And as someone who is short and petite, unfortunately that is often. 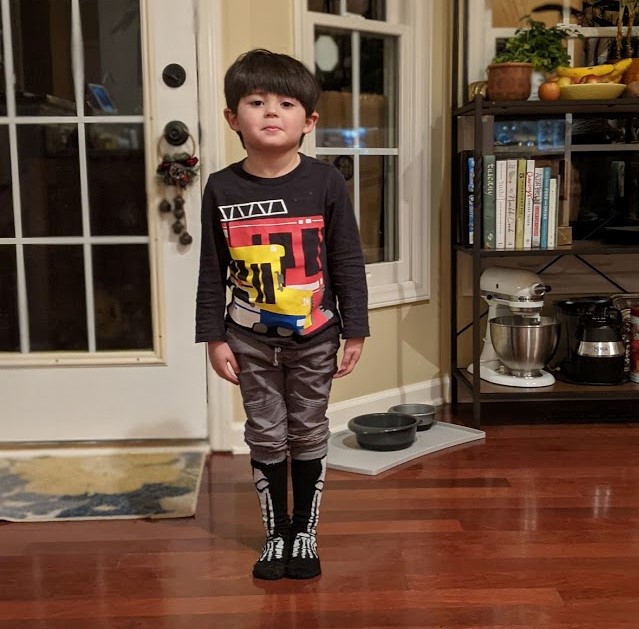 This is his “statue” pose.

3. He’s good with his decisions.

This one applies to many things but he rarely second guesses his choices after he’s made them. I, on the other hand, have been known to change outfits three times a day because I either can’t commit or I’m in clothes that don’t feel good, as I previously mentioned. He selects his clothes, puts them on how he wants them, and then goes about his busy day of learning and play without giving it a second thought. And I love it. 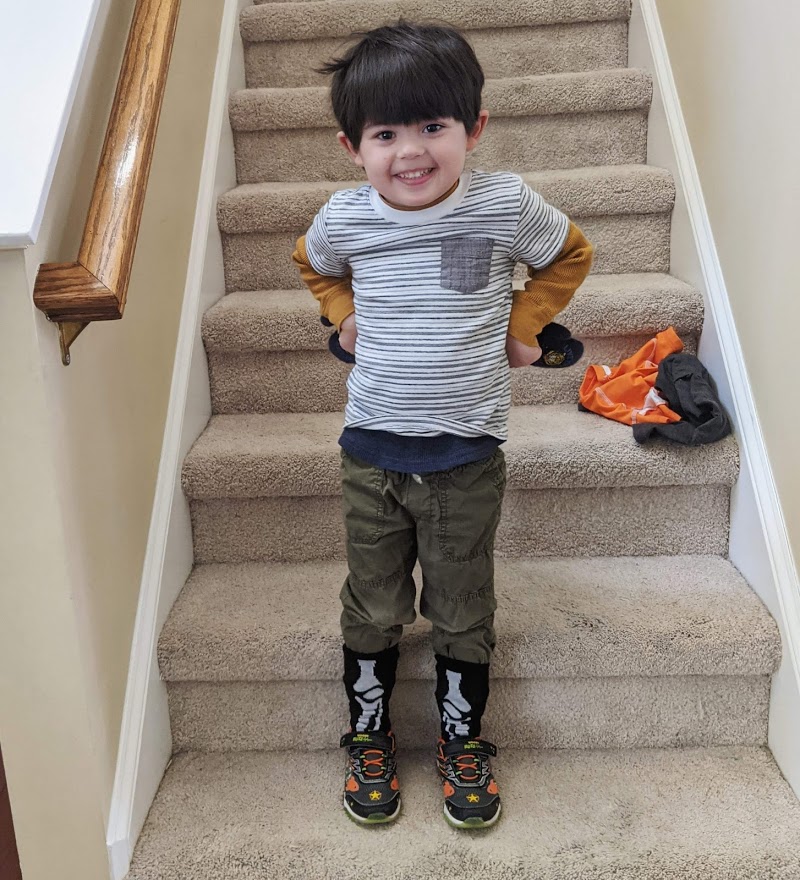 Dressed and ready for preschool.

It’s important to me that I do everything I can as a mom to build Sebastian’s self-esteem and let his imagination and creativity soar. Everyone, even little kids, wants to feel like they have some control over what they do. For kids, getting dressed is one area where it’s easy to give them that control. Let them choose colors and patterns and combinations that they like and don’t worry too much about whether it matches. Some moms might think that you treat every day as Wacky Tacky Day but so be it. If your kid is happy and healthy, that’s all that matters.

I’ve started taking a page from Sebastian’s look book. If I want to wear the hat, then I’m going to stop worrying about whether it’s stylish enough and just wear the damn hat! Who cares whether other people are wearing the hat or not–if I like it, I’m going to be good with my decisions. I may not be able to pull off this long-socks-over-pants look as well as he does, but I woildn’t be afraid to give it a try if I liked it!

What has your kid taught you about fashion? 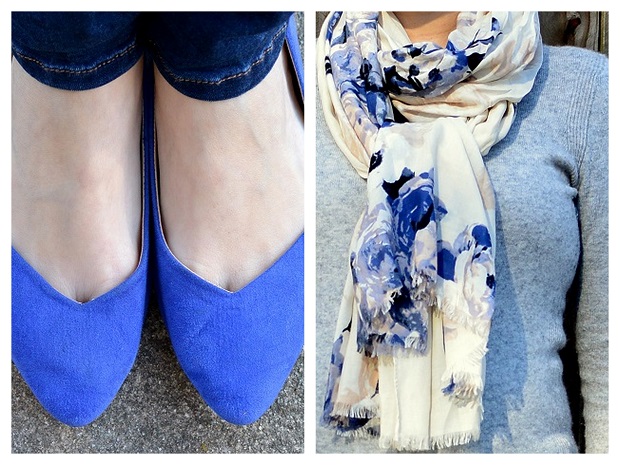 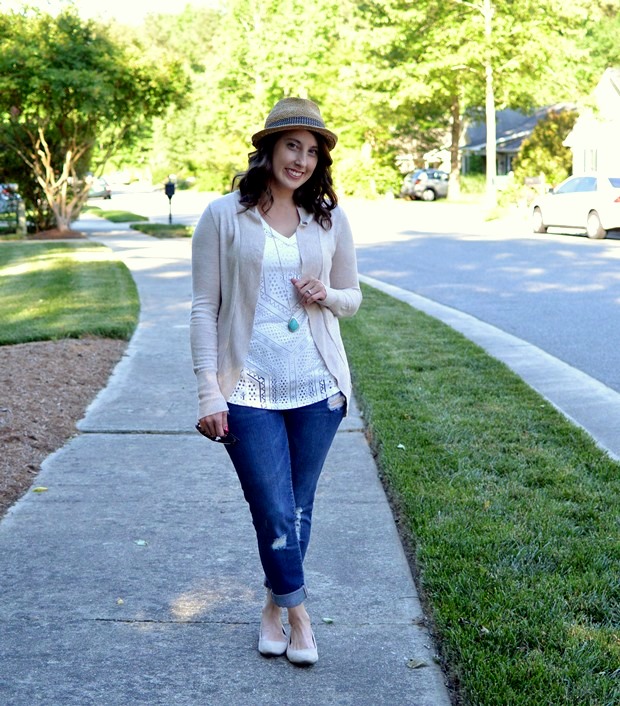 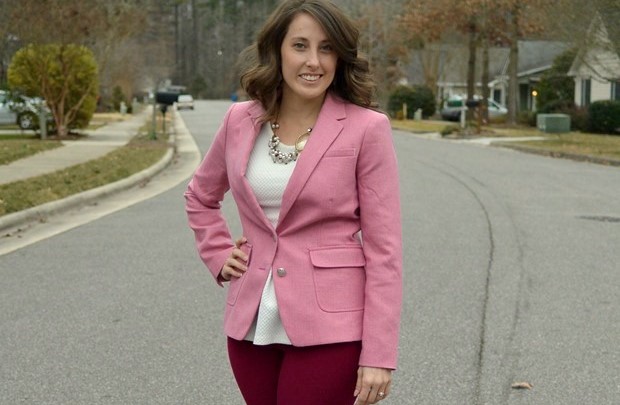