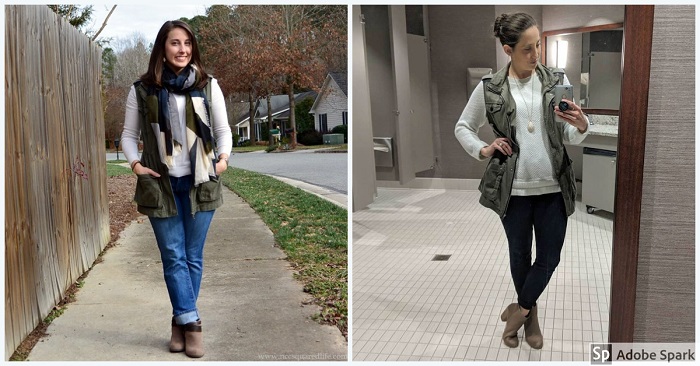 It has rained every day this week in Durham and I’m over it. But I figured the rain + casual Friday at the office is a good chance to wear my favorite ankle boots and an army vest that hasn’t gotten much love lately. When I put this outfit on, I realized that it is extremely similar to one I wore four+ years ago, so I decided that this was a recreation/update of that outfit. 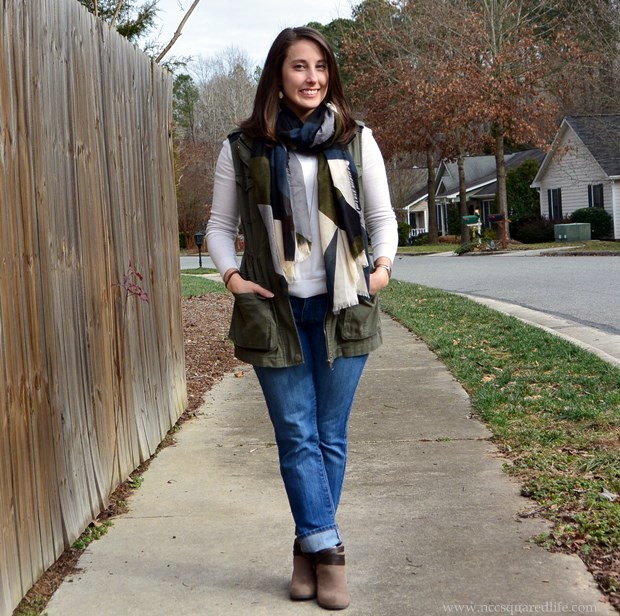 While this was a really cute outfit, looking back at it now makes me cringe just a little. Straight hair. Those straight leg jeans had no business being rolled up over ankle boots, but this was before I ventured into skinny jeans. And I kind of wish I still had those boots because I like how short they are. Ah, but such is life. I was inspired to create this outfit by one I saw on Pinterest and I think it turned out pretty well, considering. 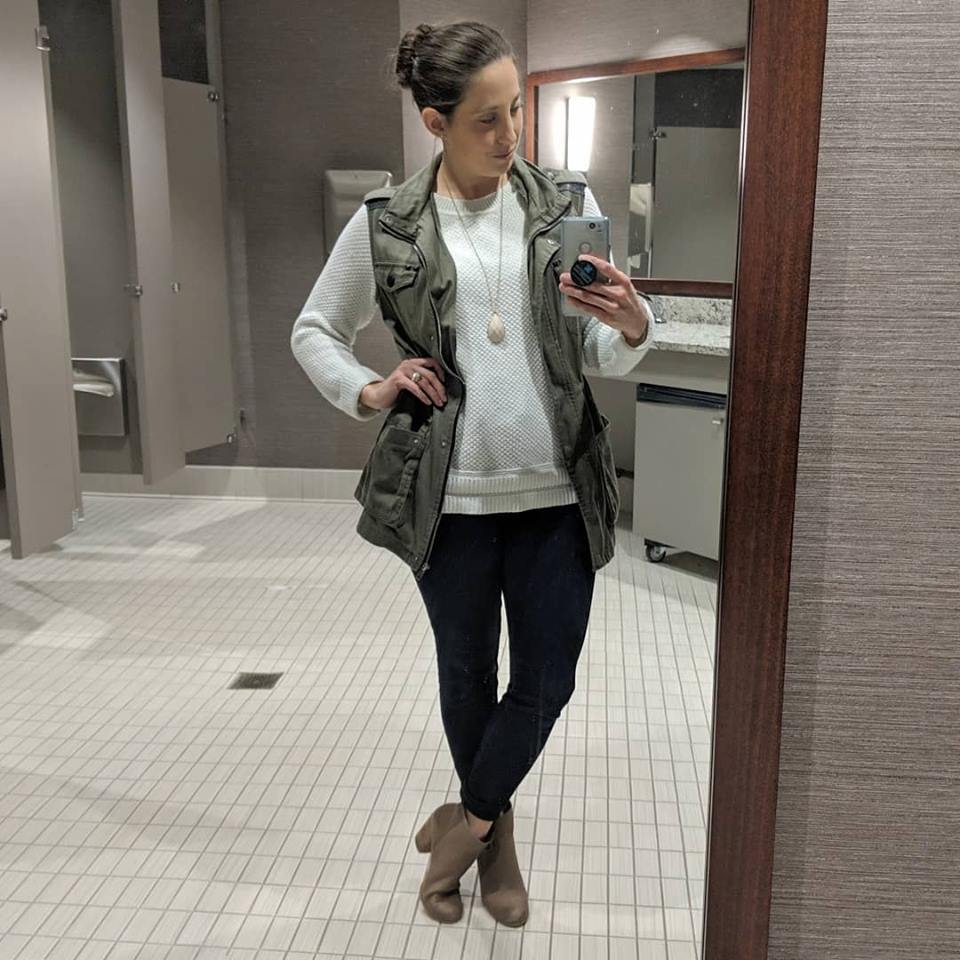 Today’s outfit follows the same formula, which is exciting because I can’t even remember the last time I wore this vest: white sweater + army vest + jeans + ankle boots. And it works. Even though it’s wet and raining, it isn’t cold enough outside to require a scarf. And I just didn’t feel like wearing one this time so I skipped it, but it would be a really nice completer piece. I think this update is definitely an improvement on this outfit. Spring is just around the corner which is the perfect time to incorporate this vest into more outfits.

What do you think of this recreation? 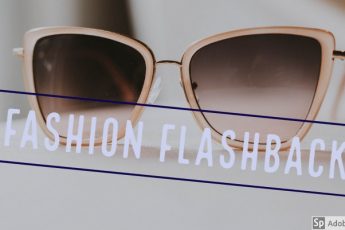 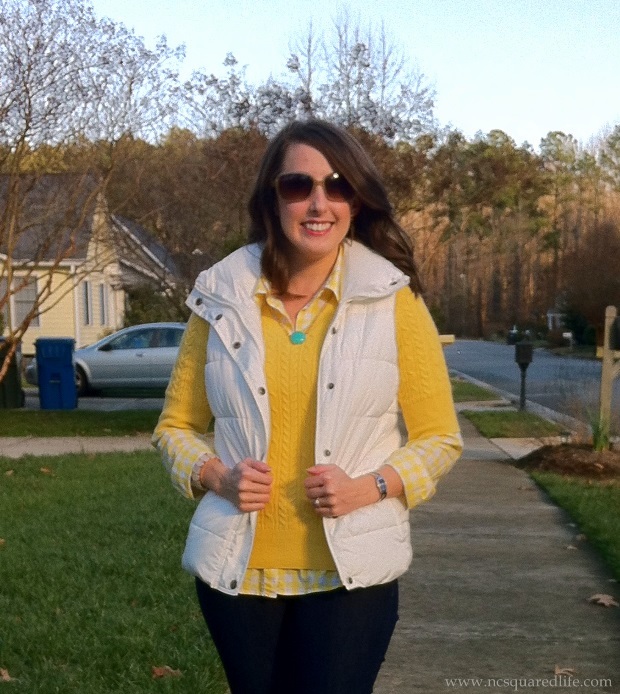 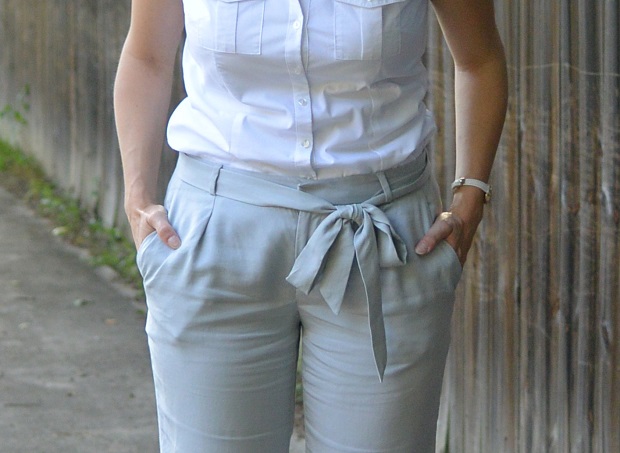