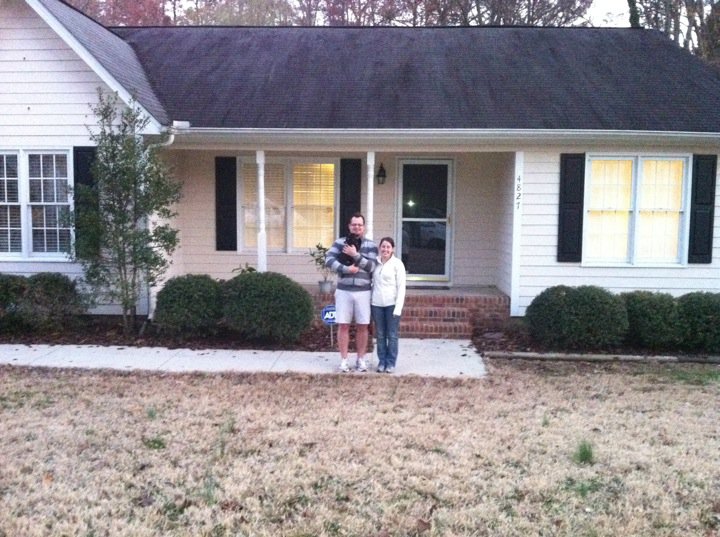 One year ago today we moved into our house! It was love at first sight then and I can truly say that I love it even more now. I was never really sure I would become a homeowner because of finances and the commitment it took — you have to know you’ll stay in an area for a long time which is the meaning of  “settle down” — but when we got engaged, we knew the time was right. And we knew wanted a simple backyard wedding. I blogged a little about the experience, so I won’t repeat it here, but it was definitely one of the best purchases we’ve made. 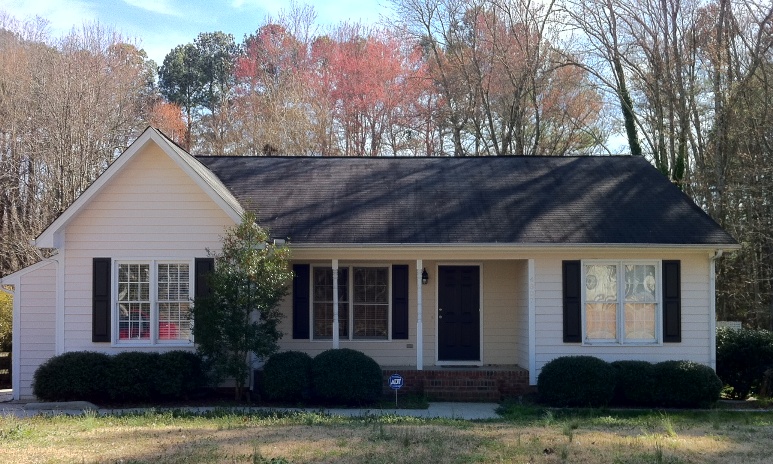 So here we are, a year later. We’ve finally settled on a furniture layout in the living room because we tried several different styles and ended up changing our minds every time until we settled on this. 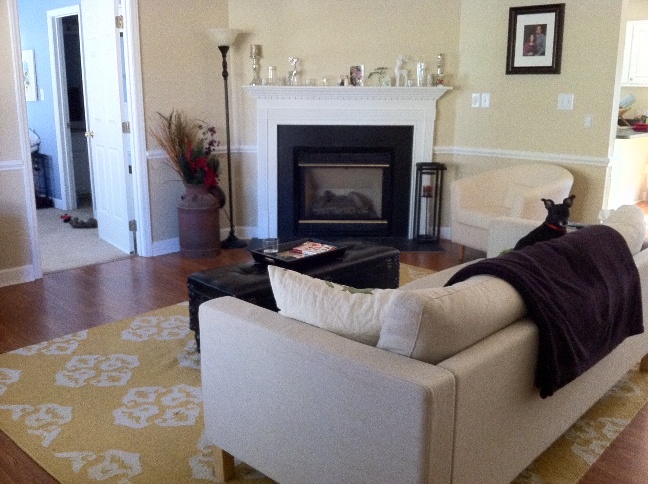 We plan to move the bedroom door (that doesn’t sound as complicated as it probably will be) to the left a few feet so that the TV can sit directly across from the couch and we’d like to replace our small sofa with a sectional to help define the living area. And so that guests aren’t staring into our messy bedroom while sitting on the couch. 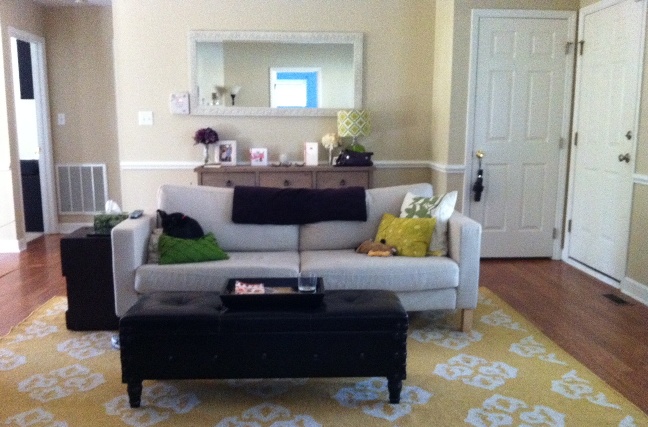 We bought new appliances for the kitchen because the old oven set off the fire alarm almost every time we used it, the refrigerator leaked, and the dishwasher wouldn’t drain. 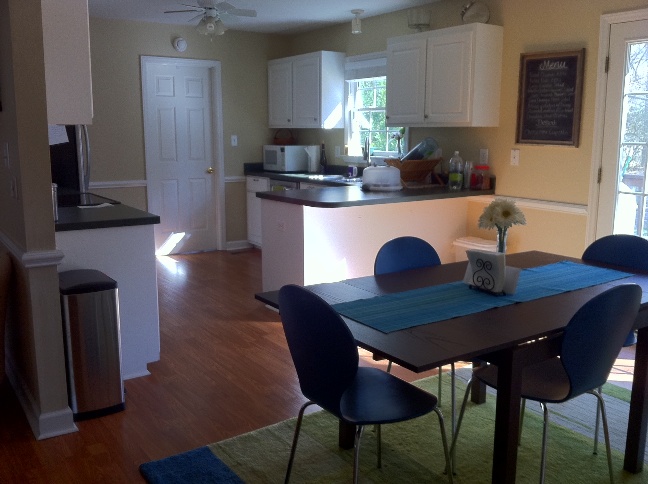 We fixed up our backyard for the wedding. Nick and our landscaper, Todd, who is an incredibly nice guy and only charged us for a consultation on the design and for his labor, tore down and rebuilt the leaning retaining wall. I felt bad for them because it took them two really hot summer days to complete it and they were both drenched in sweat. Then, later, my dad helped Nick fill in the steps.

My mom, dad, Nick, and I spent countless summer days spreading mulch and planting a  few bushes to give the backyard some life. 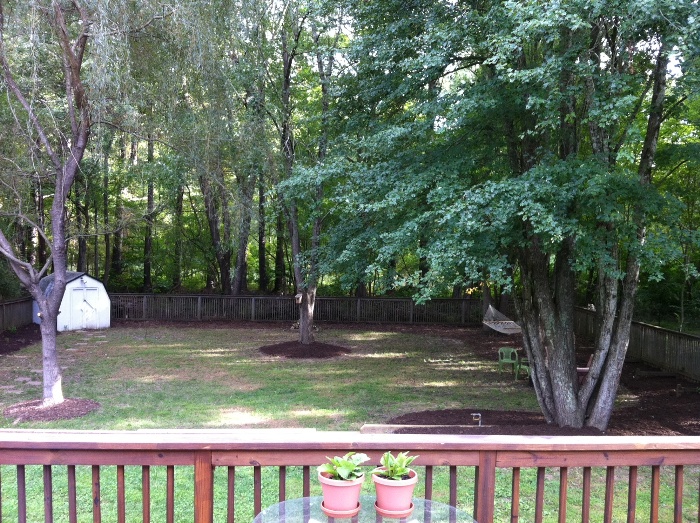 My dad had a little fun with the chainsaw cutting down a cypress tree that was struggling to reach the sunlight and a few big, unruly branches of the willow tree.

We had our wedding. 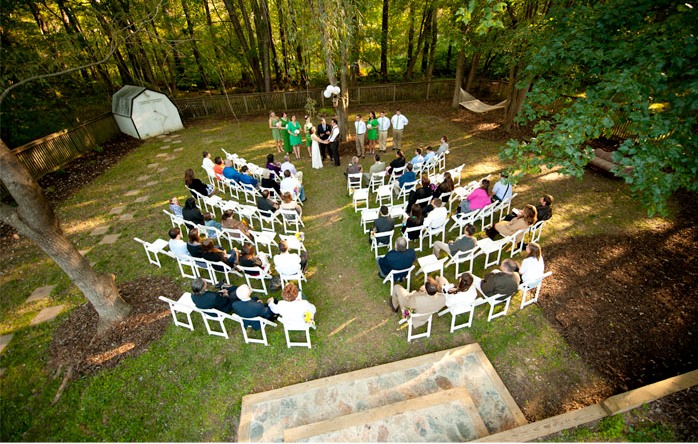 We hosted our first Thanksgiving here with our families. 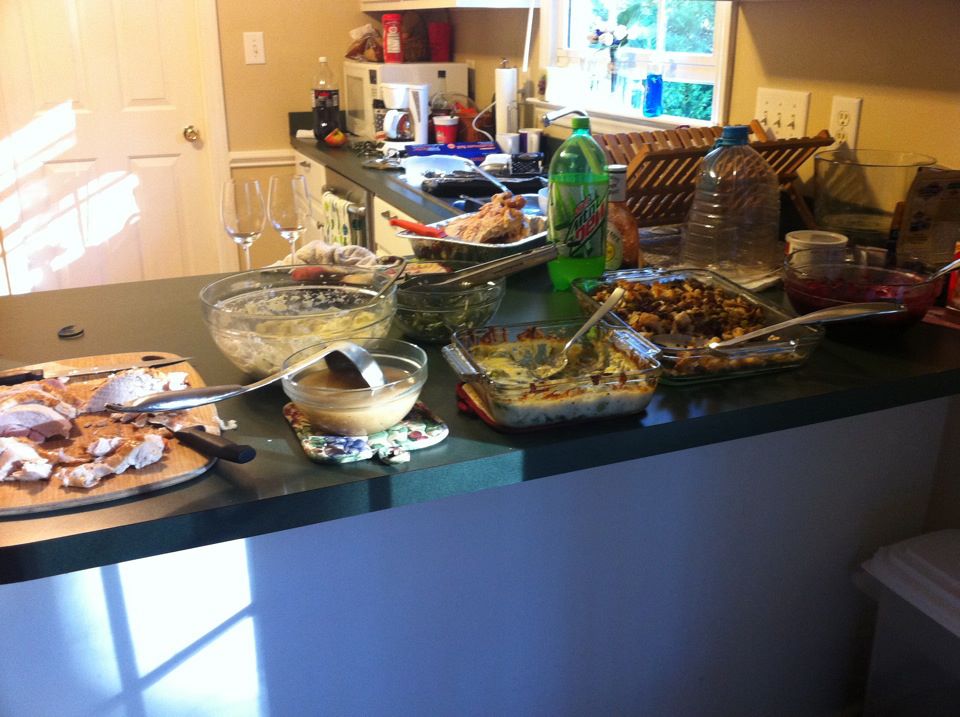 Then we had a fancy birthday/New Years Eve party. 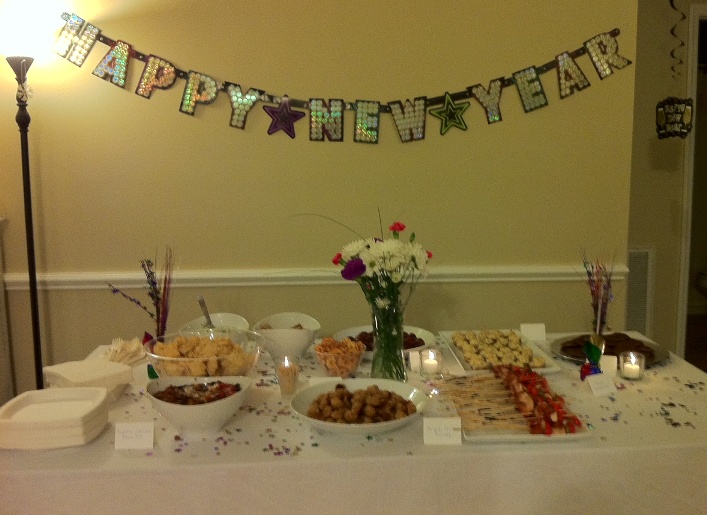 And now we’re making plans. We want to update the counter tops, add a glass backsplash in the kitchen, replace the hardware in the kitchen, fix up the wall behind the fireplace, move the bedroom door, plant more flowers, redo the closets, redo our master bath, so on and so forth.  But we aren’t in any hurry; we have a whole lifetime! 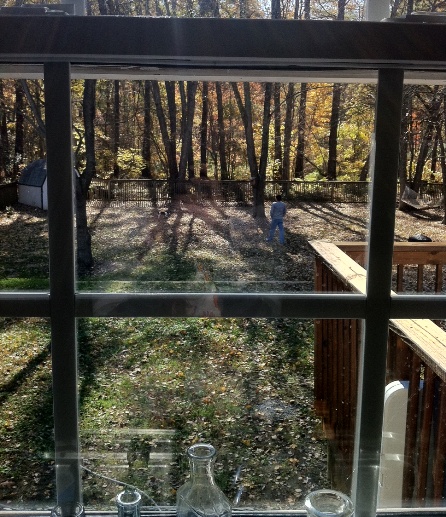 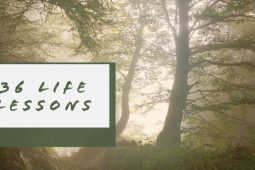