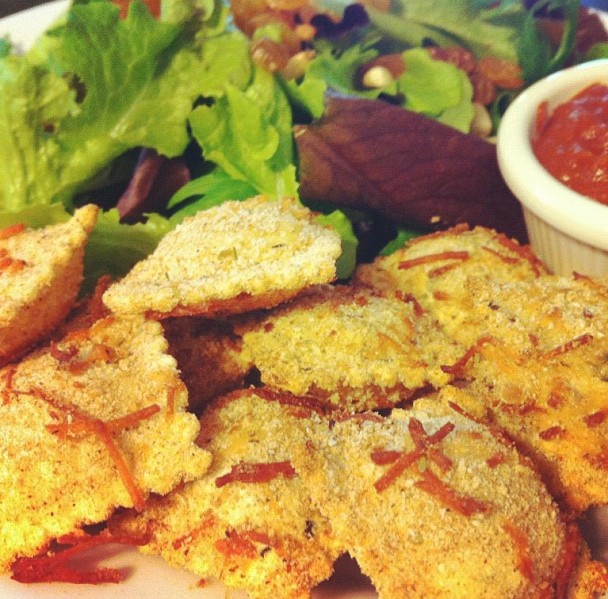 “Fried” Ravioli with marinara dipping sauce and a salad. It’s not really fried; the ravioli  was coated in bread crumbs and then baked. we did make the marinara sauce from scratch though, and it was truly delicious. Much better than the bottled stuff. We’re already thinking of other ways we can use the sauce, like in spaghetti or on chicken Parmesan sandwiches. Yum!

Today is Thanksgiving, which is my second favorite holiday ever  (my first favorite is Halloween). I love the emphasis on family and good, two things I love dearly! So I have a lot to be thankful for today. I’m thankful that we were able to successfully host our first Thanksgiving meal and that we get to spend this day with my parents, with Nick’s mom, Laura, who is equally as awesome as my parents, and with our little doggies. It was a really great day. 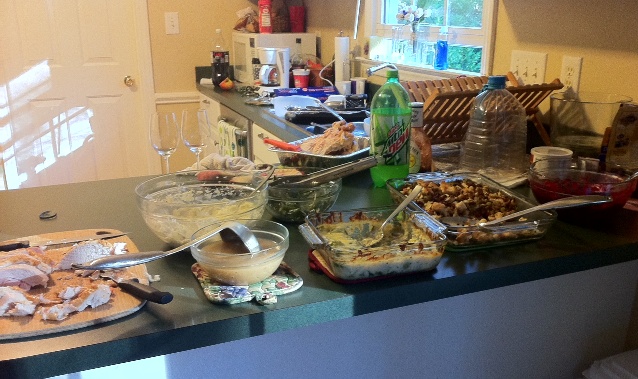 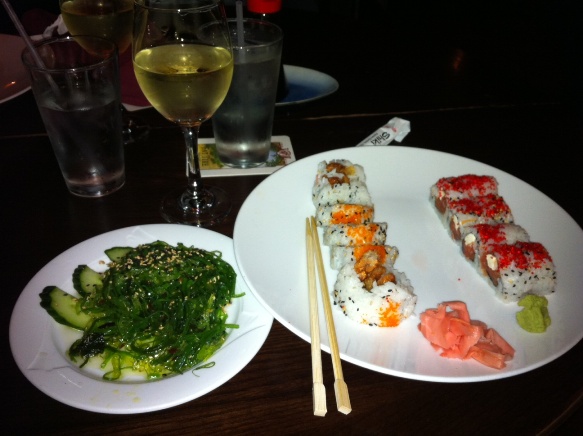 SUSHI! Tonight I had dinner with another one of my very dearest friends and we ate what we almost always eat: Sushi. It’s definitely one of my favorite meals ever so tonight I’m definitely thankful for sushi :-)\

I learned most of what I know about Sushi from jut eating it and paying attention to menus and poking around online but I also learned some interesting facts from Alton Brown, who I greatly admire and respect when it comes to food. From him I learned that it is thought that sushi was created about a thousand years go by a little old woman who lived in the woods of Japan. She was sitting down to eat a big pot of rice for dinner when she heard some bandits coming. She climbed into a tree and hid her rice in the nest of a large sea bird so the bandits wouldn’t steal it. When she finally went to retrieve her rice, it had partially fermented and had little bits of fish left by the sea bird. She tasted it, decided it was delicious, and that’s how Sushi was came to be! Cute little story, huh? 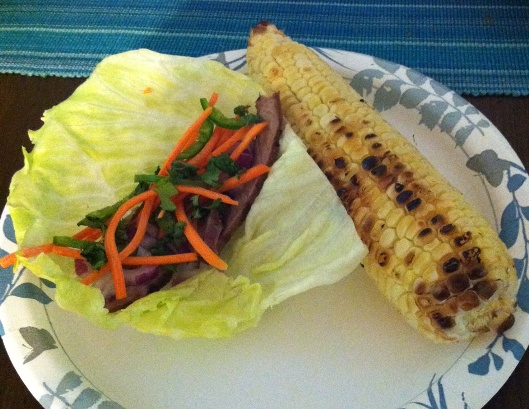 I’ve only recently been introduced to Thai food. Pad Thai is my favorite… I would never pass it up!  My latest quick and easy go-to recipe is Thai Beef Lettuce Wraps from Women’s Health magazine. They’re very similar to the appetizers you get at P.F. Changs restaurant (or any Asian restaurant, really) and they’re very delicious.  Here’s a quick overview of how to make them: 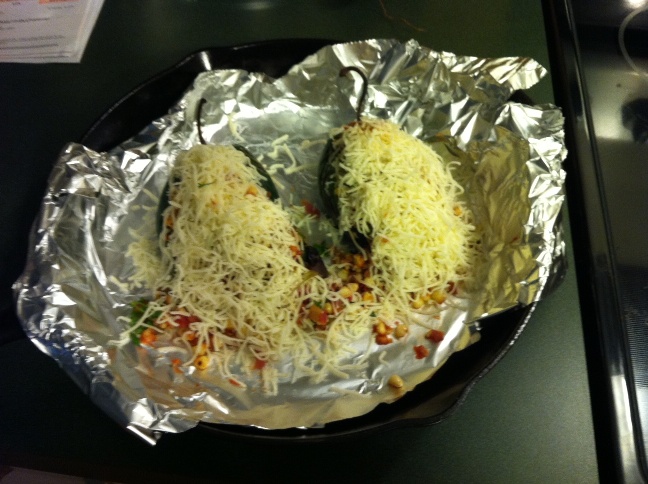 I really enjoy cooking. Mostly because I love eating. And recently, I’ve become very aware of what goes into my body. I like to think of myself as a “conscientious carnivore”;  I prefer beef that was grass-fed and then slaughtered humanely, local and fresh fruits and vegetables, free-range chicken and eggs that never get couped up in cages or see the light of day… you get the picture. I appreciate the animals that I eat. (If you’re interested in learning more, I recommend the documentary Food, Inc.)