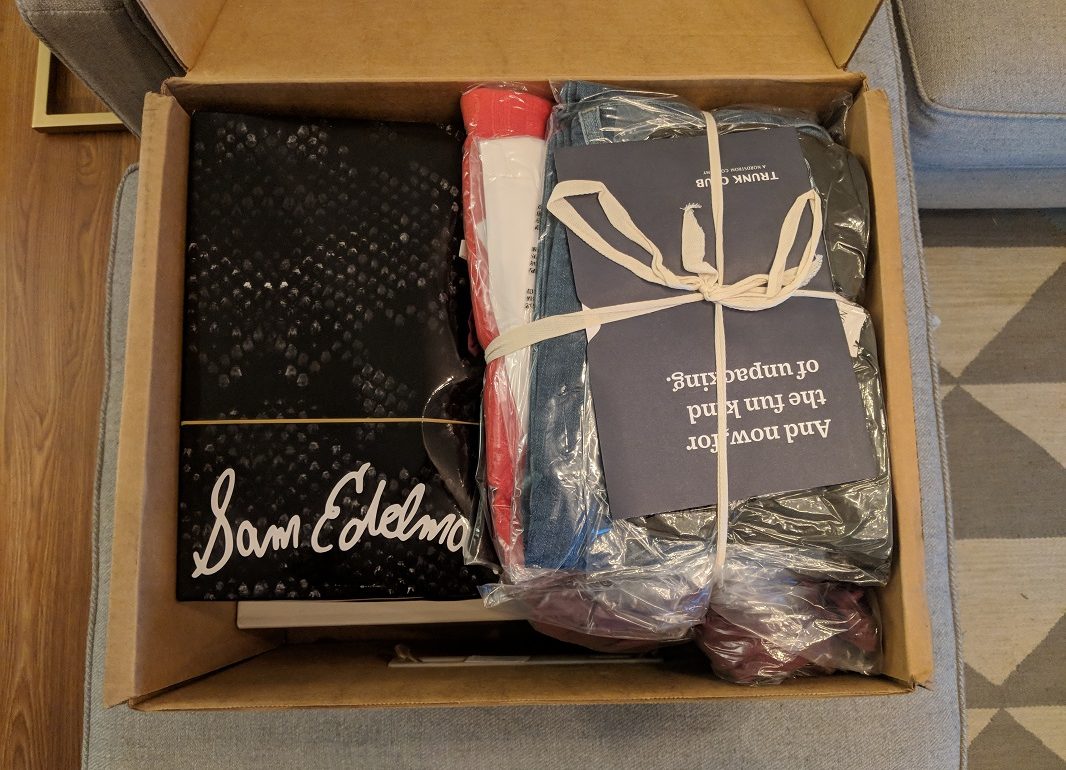 By now I’m sure you’re all familiar with the home delivery style boxes like Stitch Fix. I’ve been doing Stitch Fix off and on for several years now, and I like it but not enough to do every month; I usually scheduled a Fix whenever I’m feeling like I’m in a rut (and have some disposable income), so maybe every 6 months-ish? I also did Le Tote for a while but their options were so limited because they had very few petite pieces so nothing ever really fit. Anyway, I feel like I haven’t had much luck with my past few Stitch Fix boxes so I decided to finally try Trunk Club. It’s the same concept: they curate some items for you, mail them to your house for you to try on, and you keep what you like and send the rest back. A few differences are that they send you 6-10 pieces (instead of 5 like Stitch Fix) and they let you view what they’re sending you ahead of time so you can swap things out if you don’t like the piece (much like Le Tote). It was like the best of both worlds so it sounded great to me!

I actually found out about Trunk Club through Nick because it started out as a men’s styling service and then added women’s when they were bought by Nordstrom. Nick had pretty good luck with them so I figured I might have some good luck, too. I really liked that I could speak directly to a stylist who asked me lots of questions about my lifestyle, how I currently dress, and what I was looking for in a box. I was really excited about the process and got my first box last night.