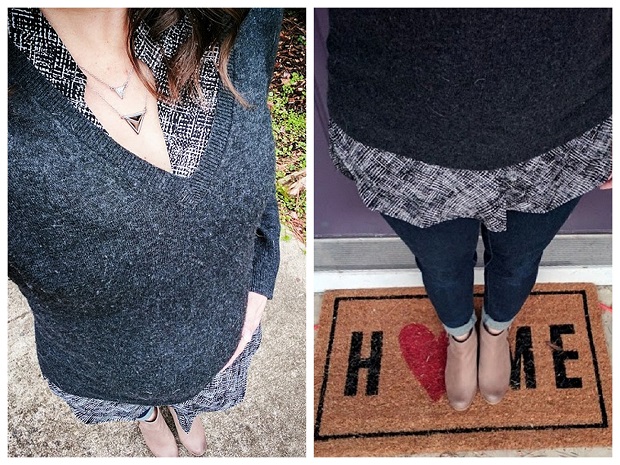 Y’all, with all of this snowy winter weather, I have been in full-on hibernation mode. Where I live, it started sleeting on Friday evening which turned to snow that didn’t let up until Saturday evening, resulting in about 2 inches of beautiful fluffy snow on top of an inch of pure ice. I had every intention of taking fun outfit pictures in the snow, but when it came right down to it, it was just too cold! The low on Sunday was in the single digits. That’s rare for these parts of NC so Nick, the dog, and I stayed bundled up indoors. Luckily, I got some mirror photos/selfies of a few past outfits that I’ll share with you instead. As usual, apologies for the quality but it was the best I could do under the circumstances. 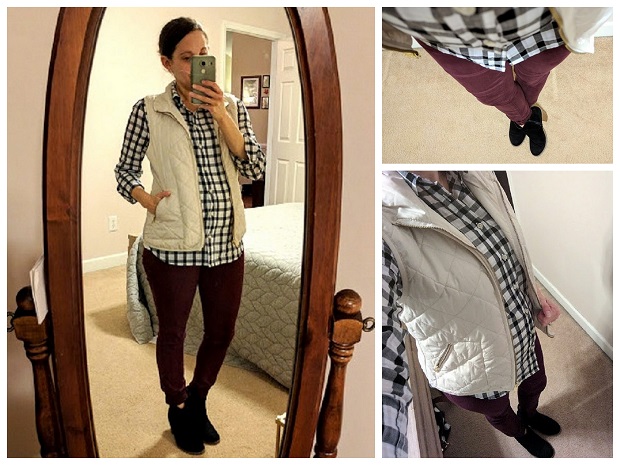 I wore this gingham/vest combo on Thursday (and then again on Friday) to run errands before the wintery bottom dropped out of the sky. It’s been on my list to wear for a while but I was afraid the pants would be uncomfortable since they’re not maternity, but I was pleasantly surprised how well they held up with just a belly band. The shirt is struggling a bit against the belly, though, so I might have to retire this one until after the baby arrives. 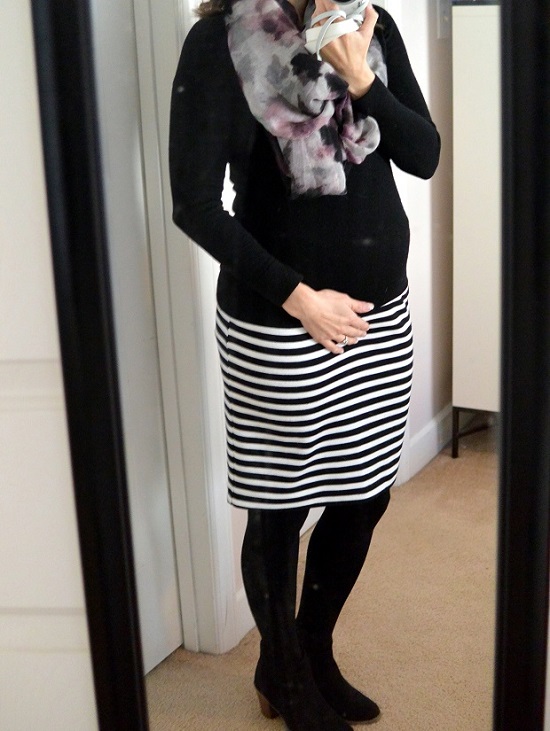 I wore this cute little sweater/skirt combo to meet with my career coach to learn how to improve my resume. She gave me some really good tips that I’m hoping will land me a job sooner rather than later. This was taken when I was only about 6 months along (so about 1.5 months ago) and the career coach had no idea I was pregnant until I told her. Looking at this photo now, I can understand why. Tiny little bump!

I wear this outfit all. the. time. Seriously, it has become my go-to outfit for everything from errands to doctor appointments to hanging out to whatever. I love the layered look and it’s really comfortable and the boots make it feel even more stylish. I don’t really know what else to say about it except that I love it. 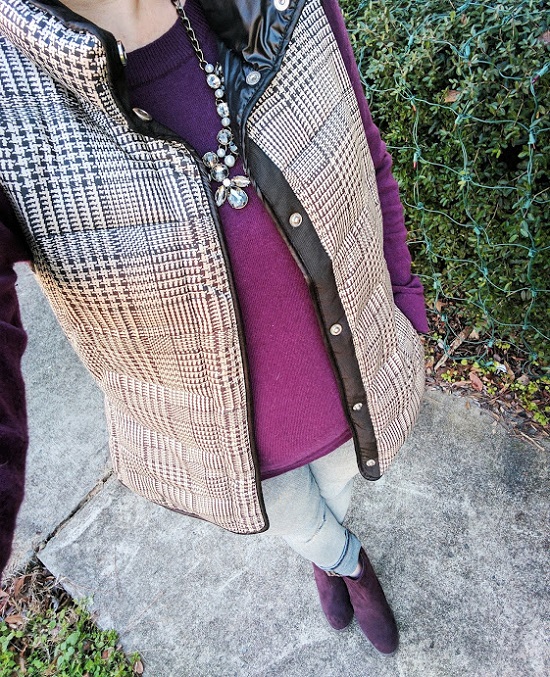 So, this was a really cute outfit but an example of one that didn’t quite work so I had to change it up a bit. These are not maternity jeans and they did not hold up well with the belly band. I wore this outfit to do some shopping and after my first stop I came home to change because I was literally pulling my pants up every 3 seconds. Very uncomfortable. The purple sweater/vest/purple boots combo, however, is on point so all I did was change into a pair of light washed, distressed maternity jeans and got the same effect.

Anyway, I hope you’re all having a happy Friday and not tucked up in bed bed all day to avoid the back luck that is thought to come on Friday the 13th! Did you know that there are TWO Friday the 13ths in 2017?  January 13th (today) and October 13. Everyone beware, mwah-ha-ha! 😀