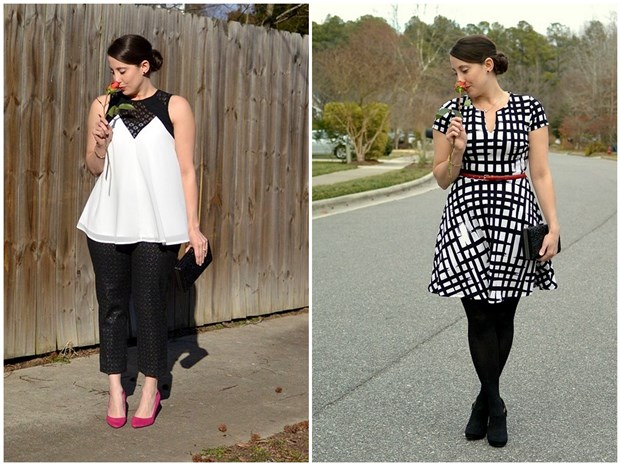 Nick and I don’t usually make a big deal out of Valentine’s Day. In fact, our usual tradition is to eat dinner at Chipotle (or somewhere similar) on Valentine’s because it’s less crowded and we’re of the mind that we don’t need Hallmark to sell us a day to show our love. BUT, with me being away at school so much these past two years, Nick decided it would be a nice, romantic date night opportunity.About a month ago, he told me not to make any plans for Valentine’s because he already did. Nick doesn’t plan things like this very often (if ever) so I was pleasantly surprised. He wouldn’t tell me where we were going or what we were doing – except that we were going to dinner but he wouldn’t tell me where – because it was a surprise, but he did tell me I could dress up. So, only knowing that we were having dinner but nothing else, I put together two outfits and told Nick to pick the most appropriate one. I chose a nice blouse and pants for outfit #1 and a really cute dress for outfit #2.

Scroll through to see the outfits in more detail, and at the bottom, you’ll see what we did and which outfit he chose! 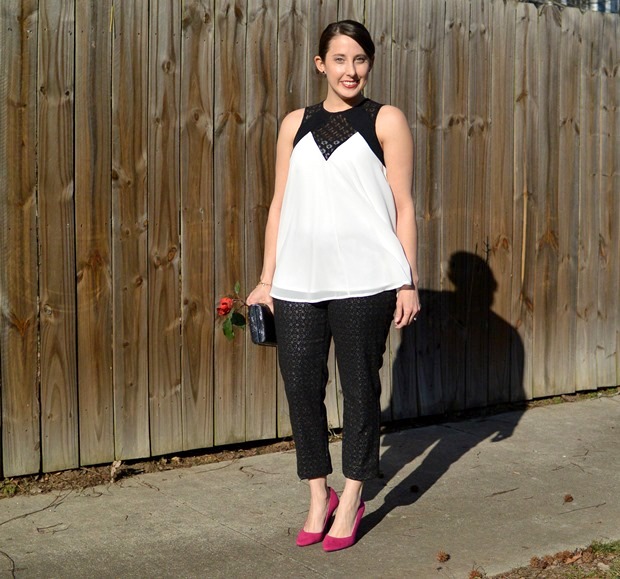 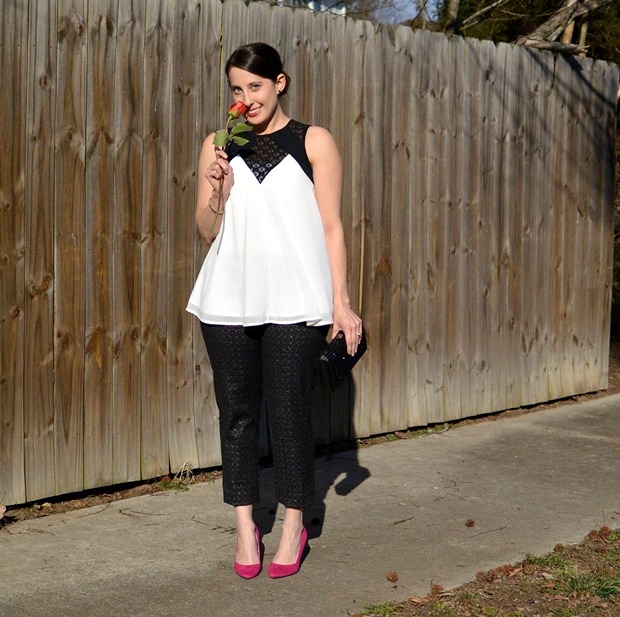 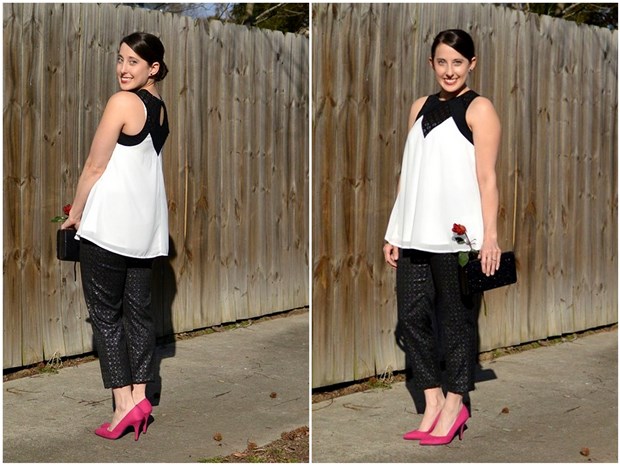 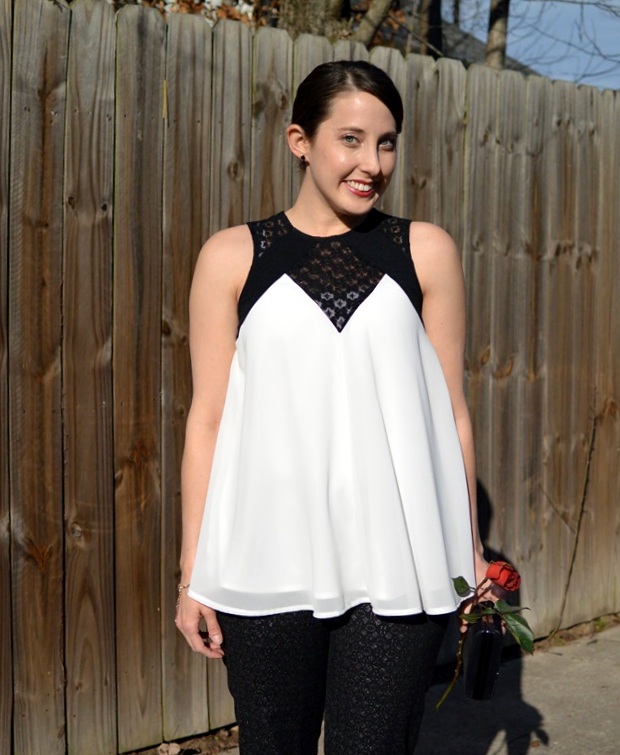 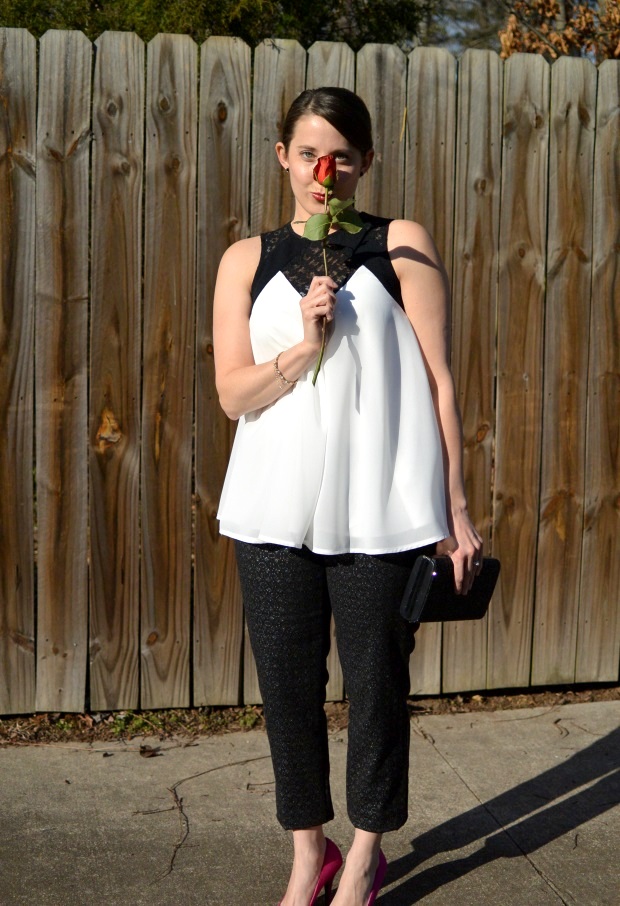 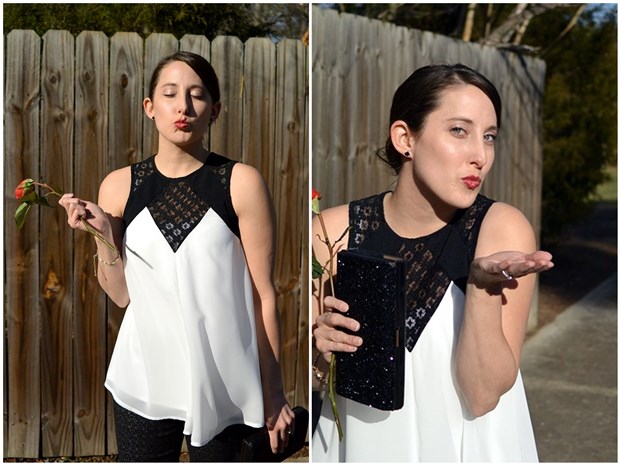 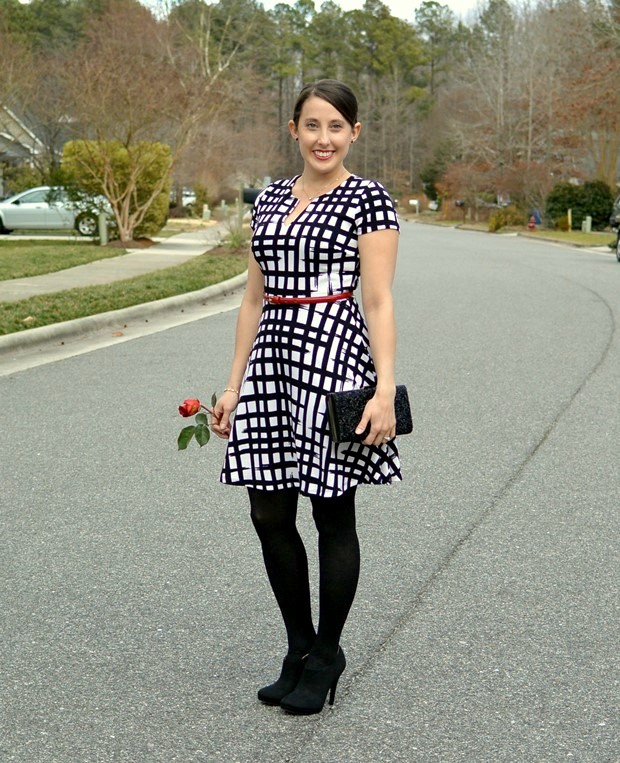 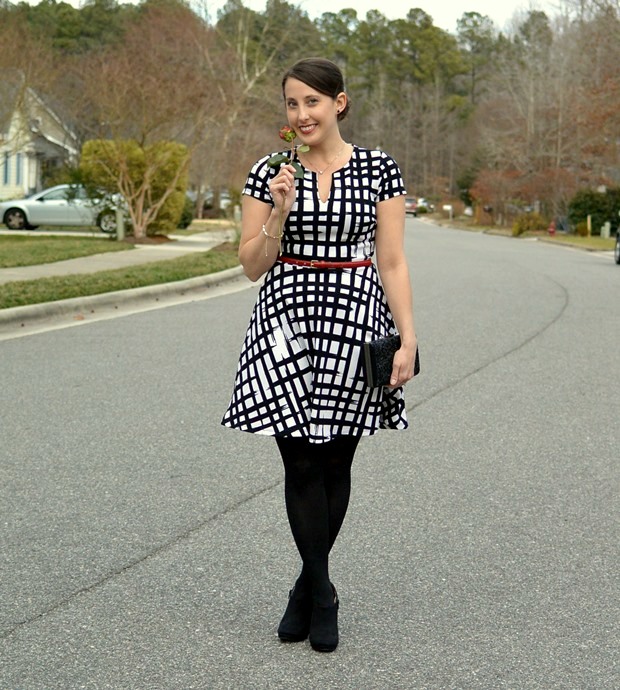 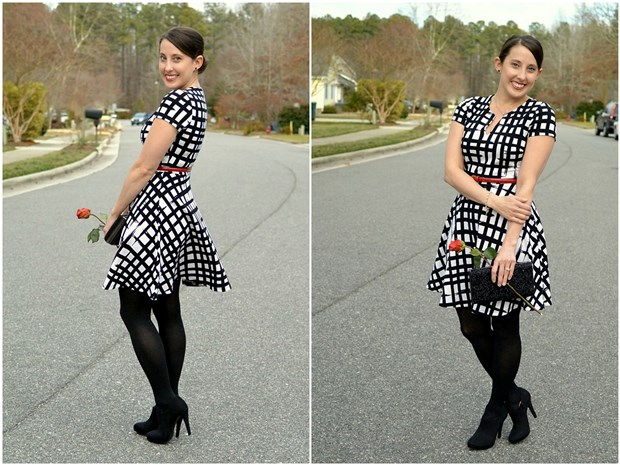 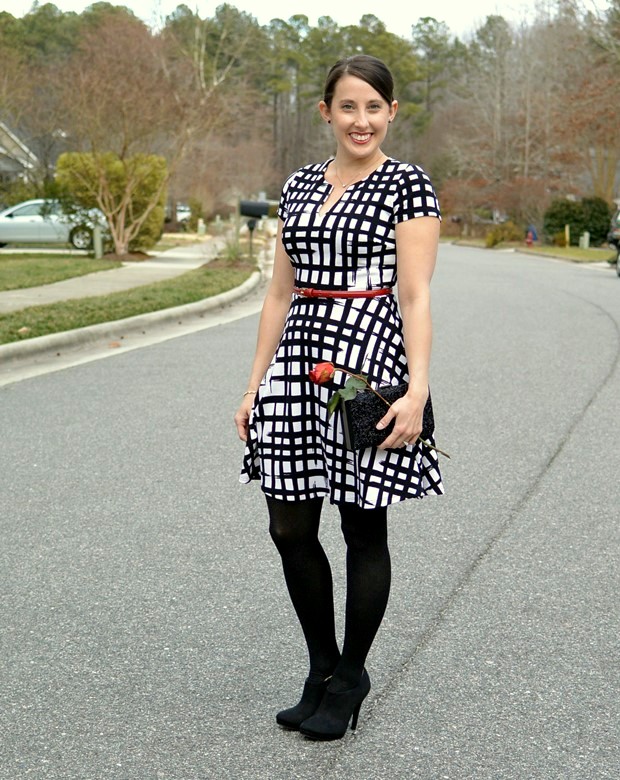 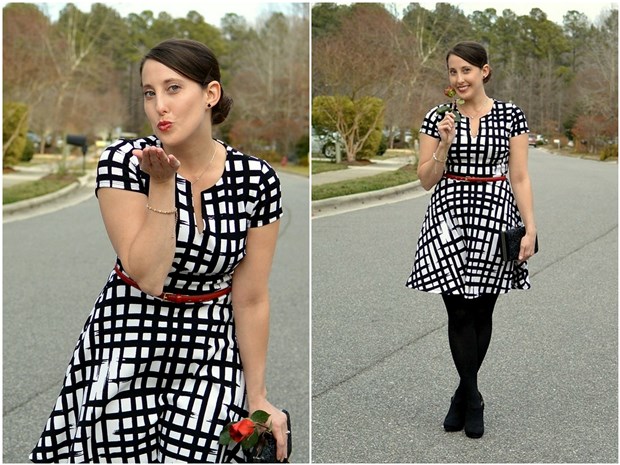 Our date was dinner at Taberna Tapas, a delicious and authentic Spanish restaurant serving small & large plates, including charcuterie and paella, and then a comedy show at the Carolina Theatre featuring Maria Bamford! I had mentioned to Nick as soon as I found out she was playing in our city that I wanted to go see her and he remembered! (And he doesn’t remember ANYTHING!) 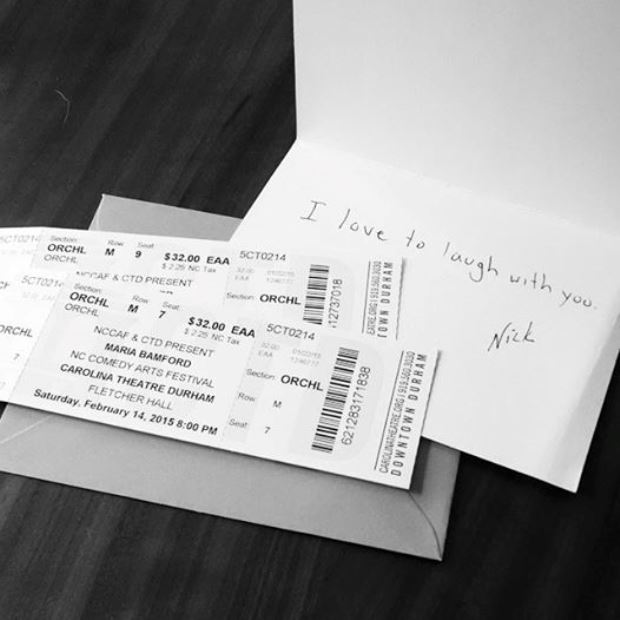 And the Winner is…

The dress! Nick said he liked both outfits but this was his favorite of the two, so it’s what I wore. 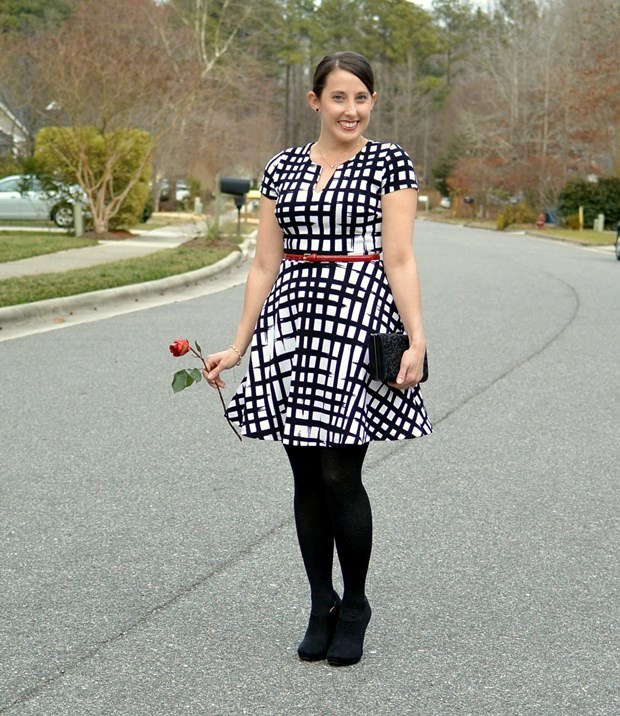 We had a great time and I’m really glad we celebrated Valentine’s this year. And the best part was, as we were leaving the theatre, it was snowing! It didn’t last long, and it was REALLY cold and windy, but there was something a little magical about it.

Which look is your favorite? Did you celebrate Valentine’s Day?