If you’ve been around for a while, you’ve probably read/heard me say that I’ve never really been a t-shirt-and-jeans kind of girl but I’ve recently discovered that I definitely AM a t-shirt-and-shorts kind of gal! Especially with these linen paper-bag type shorts. This outfit was so easy to put together and so comfortable that I wore it out to run errands that included grocery shopping. 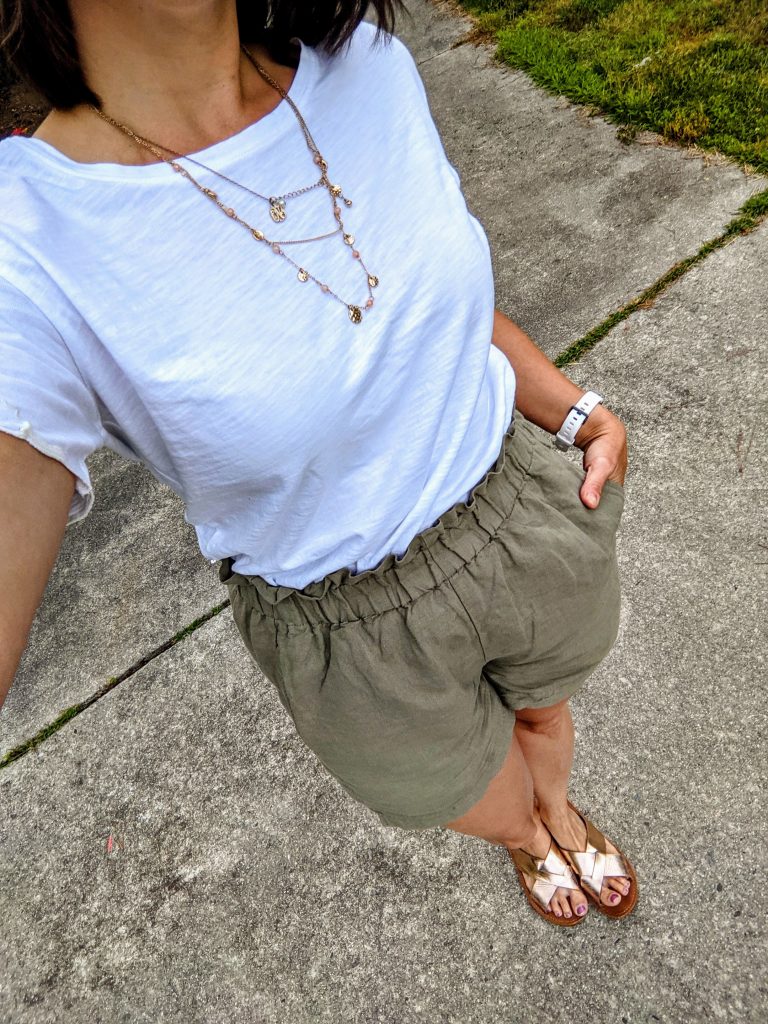 You can’t see it in the photo, but the sleeve of my shirt has a really cute embroidered floral detail that adds a little something extra to an otherwise plain t-shirt. I’ve included the photo from Old Navy’s website below to give you an idea of what it looks like. 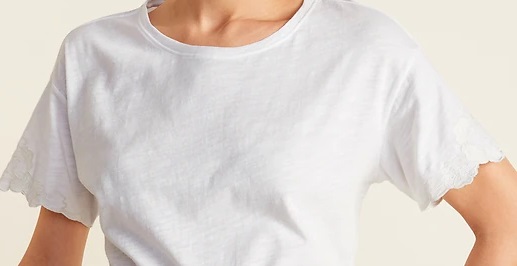 You can barely make out the cute floral detail on the sleeves, but it really does look nice!

And I liked it so much that I bought another on in a copper color, which would also look great with these shorts. Maybe I’ll try that combo next! 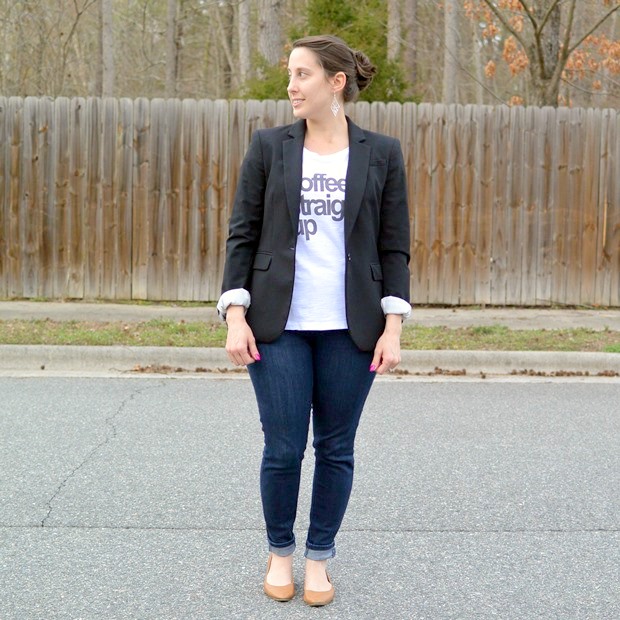 I love coffee. It wasn’t always this way; I used to think it smelled great but tasted gross. Why couldn’t it just taste the way it smelled? In undergrad, I had a few 8 AM classes so I bought a small coffee maker, thinking it would help me wake up and get to class on time. I probably only used it three or four times my entire undergrad career. That all changed when I was about 26 years old and started working as a communications assistant at a non-profit in a few towns over, requiring at least an hour commute, one-way. I had to get up really early to try to beat the rush-hour traffic on the interstate so I pulled out that little coffee maker and my love affair began. 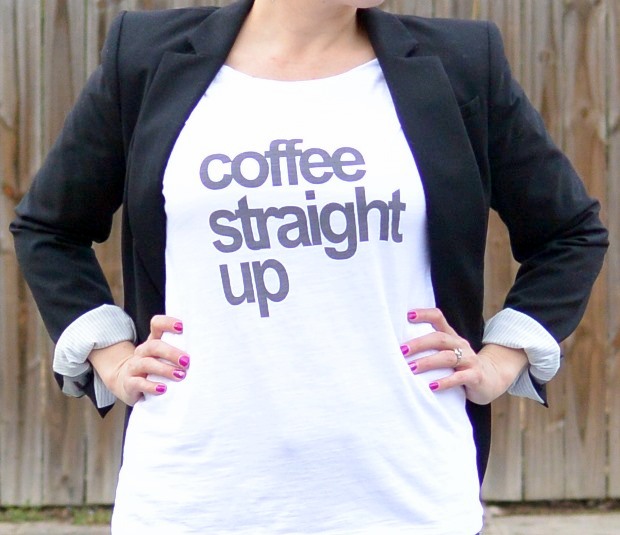 Over the years, I’ve developed my palate and learned that I like really strong coffee with a touch of cream and sugar. Maybe the t-shirt is a little misleading because I rarely drink it black, but if it’s *good* coffee (my personal favorite is Counter Culture here in Durham) I’ll drink it straight up! 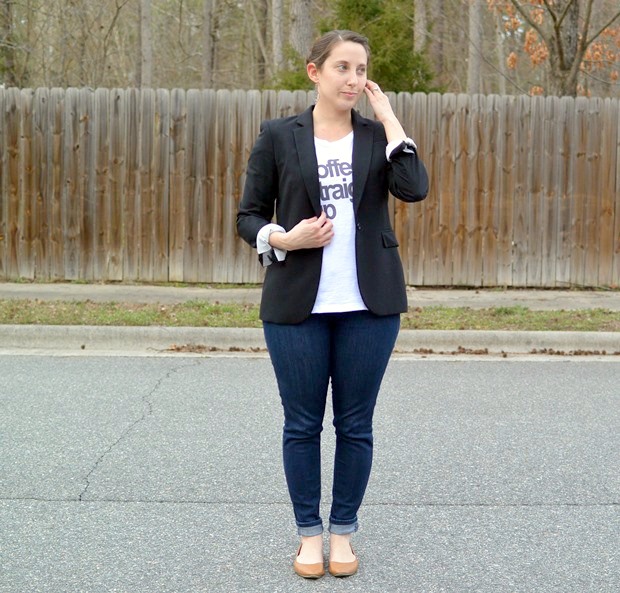 As far as the outfit, I wanted to jump on the graphic tee train so I purchased this one because I do love coffee so much and because I have a lot of plans for it as inspired by Pinterest. Now that it’s getting warmer, I can’t wait to recreate some of those Pinterest looks. I wore this outfit to the dealership to get the oil changed in my car, and the guy still thought I was only about 21-22 years old. I don’t look THAT young, do I? 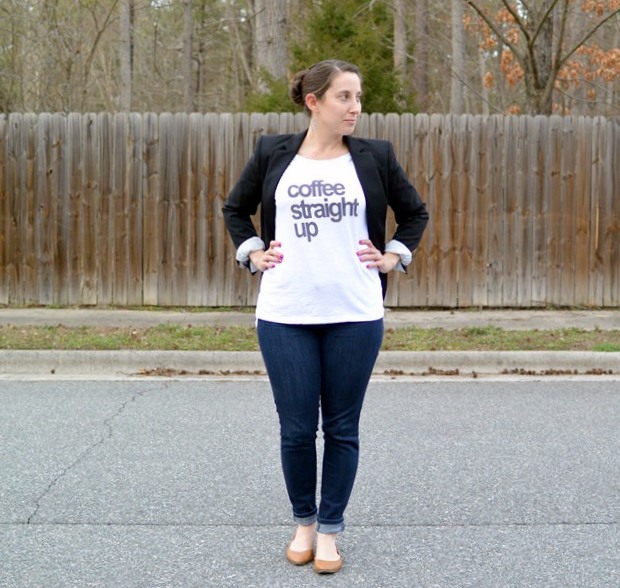 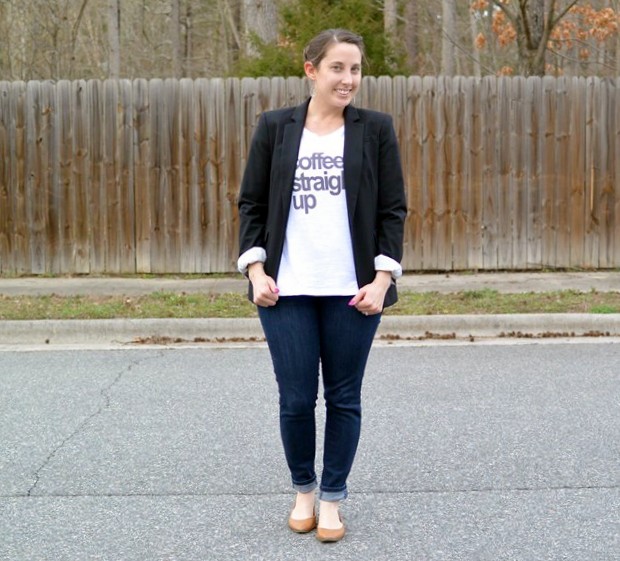